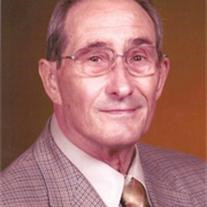 BEDFORD -- A.J. Etheridge, 67, passed away Wednesday, May 6, 2009, at a local hospital. Funeral: 1 p.m. Saturday in the chapel of Lucas Funeral Home, 1321 Precinct Line Road, Hurst, with the Rev. Jerry Power, pastor of Friendship Baptist Church in Hurst, officiating. Interment: Following a committal service, A.J. will be laid to rest in Greenwood Memorial Park. Visitation: The family will receive friends 6 to 8 p.m. Friday at the funeral home. A.J. was born Dec. 23, 1941, in Waurika, Okla., to Ancle James and Vera M. Tallant Etheridge. His parents preceded him in death. A.J. lived in this area for 65 years. He was a veteran having served in the U.S. Air Force. He worked for 42 years in business aviation as an avionics systems designer. His work involved aircraft for many major corporations and various countries from around the world. Survivors: Brothers, Charles Etheridge and his wife, Kaye, of Arlington and Gary Etheridge and his wife, Lynn, of Hurst; sister, Vicky Walker and her husband, Jerry, of Winsboro; uncle, Henry Tallant of Richardson; many nieces, nephews and cousins; and extended family.

The family of A. Etheridge created this Life Tributes page to make it easy to share your memories.