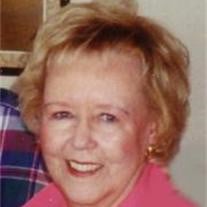 FORT WORTH -- Doris Rudder, 88, a loving mother, grandmother, great-grandmother and sister, died peacefully Saturday morning, May 26, 2007, after complications from surgery in late February. Celebration of life: 1 p.m. Thursday at the First Baptist Church of Lawton, Lawton, Okla. Entombment: Doris will be laid to rest next to her husband, Dan, in the Mausoleum at Sunset Memorial Gardens, Lawton, Okla. Visitation: She will lie in state from 4 to 6 p.m. Wednesday in the Great Room at Robertson Mueller Harper. Memorials: Consideration of contributions to the Leukemia and Lymphoma Society, the Fort Worth Symphony Orchestra or to a charity of one's choice, in memory of Doris, is suggested. Doris was born in Elk City, Okla., on March 29, 1919, the daughter of D.W. and Kate Kelly Allison. She was raised on the family farm. In addition to raising cotton, they operated a natural spring-fed swimming pond and Doris was known across the state for her graceful diving. She married Dan Rudder and they had three children, Gary, Linda and Trish. She loved the Lord and served him devotedly. She was strong in the face of adversity and gave generously of herself to everyone who knew her. Doris was a loving mother, wife and homemaker. In 1953, she assisted her husband in founding Dan Rudder Motor Company. They operated the Ford, Lincoln, Mercury dealerships in Elk City. She was an active Sunday school teacher and choir member in the First Methodist Church and was in the Sweet Adelines. In 1966, the family moved to Lawton, Okla., where they had the Volkswagen, Porsche, Audi and Subaru dealerships. She was active in the Oklahoma Automobile Dealers Association, Oklahoma Motor Vehicle Commission, Okmulgee VoTech School Board, on the Citizens Bank Board and Lawton Hospice Board. She was a member of Entre Nous and PEO. She participated in the chancel choir, Primetimers and taught Sunday school at the First Baptist Church. Following the death of her husband, Dan, in 1979, Doris married John Barnes. Dr. Barnes died in 2002. In addition to her parents and husbands, Doris was preceded in death by her grandson, Farrell Richard Herring; and her sister, Ocella Allison. Doris fought a courageous battle. Her body just gave out despite her tremendous determination and the loving care from her wonderful team of doctors and caregivers. Survivors: Her children; grandchildren, Jay and his wife, Vicki, Rob and his wife, Nicole and Jenny Rudder and their mother, Sheila and Lori, Lindsay and Lane Neal and their father, Larry; great-grandchildren Hannah, Dylan, Kylee, Elliott and Emily Rudder; brother, Lloyd Allison and his wife, Ruby; and many other beloved extended-family members whom she cherished.Robertson Mueller Harper Funerals & Cremations 1500 Eighth Ave., 817-924-4233

The family of ANNA RUDDER BARNES created this Life Tributes page to make it easy to share your memories.