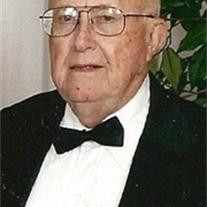 RICHLAND HILLS -- Albert Curry Donohoo, M.D., MPH, FACPM, FAAO, 87, passed away peacefully on Thursday, Sept. 10, 2009.        Graveside service: 11 a.m. Wednesday in Dallas-Fort Worth National Cemetery. Visitation: The family will receive friends from 6 to 8 p.m. Tuesday at the funeral home.        Al was born in 1922 to Albert Horne Donohoo and Julia Curry Donohoo in Marlin. He grew up in Corsicana and graduated from Corsicana High School.        When World War II started, he became a U.S. Army military policeman and then a medic. After World War II, he attended medical school in New York. He then rejoined the U.S. Army and became an ophthalmologist. He served during the Korean War and Vietnam and achieved the rank of lieutenant colonel. During his career, he was assigned to Washington, D.C., Okinawa, Japan, San Antonio, Heidelberg, Germany, Fort Hood and Vietnam. He commanded the 85th Evacuation Hospital in Vietnam and Darnell Army Hospital at Fort Hood and was the division surgeon for the 1st Armored Division at Fort Hood. He is a holder of the Bronze Star and numerous campaign medals. He also received a certificate of appreciation from the Government of Mexico for relief work done after Hurricane Beulah in 1967. He retired from the U.S. Army in 1968.        He then joined the Texas Department of Public Health, earned a master's degree from the University of Houston in public health and worked to control the spread of tuberculosis in Texas. After a few years, he opened a private practice in Fort Worth and practiced ophthalmology. He served on the city council of Richland Hills for several years during this time.        He retired again in 1995 and he and his wife traveled extensively throughout the world.        Survivors: His wife of 55 years, Jean K. Donohoo; children, Malcolm K. Donohoo, Kenneth A. Donohoo and wife, Judith, Allen G. Donohoo and wife, Deborah, and Robert C. Donohoo; grandchildren, Sean Donohoo, Kristine Donohoo and Kaitlyn and Michael Donohoo.

The family of Albert Donohoo created this Life Tributes page to make it easy to share your memories.