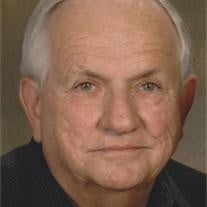 MANSFIELD -- Arthur Robert Rudnicki Jr., known affectionately by all as Bob, died peacefully Thursday morning, Dec. 8, 2011, from brain cancer while surrounded by family and friends. He was 66.        Memorial service: 10:30 a.m. Saturday in the chapel of First United Methodist Church of Mansfield. Interment: 11:30 a.m. Monday in his family cemetery in Franklinton, La.        Memorials: Please direct memorial donations to Common Ground Network, Feed the Kids, Box 1049, Mansfield, Texas, 76063; the Kairos Prison Ministry of First United Methodist Church of Mansfield, 777 N. Walnut Creek Drive, Mansfield, Texas 76063; or to Community Hospice of Texas, 6100 Western Place, Suite 500, Fort Worth, Texas 76107.        Bob was born Jan. 25, 1945, in New Orleans to Arthur Robert Rudnicki Sr. and Virginia Rose Corkern. He married his hometown sweetheart, Pamela Marion Watts, in Franklinton, La., on Aug. 17, 1966.        Bob graduated first in his class in mechanical engineering from Louisiana State University in 1966 and was awarded a scholarship from the Massachusetts Institute of Technology, where he earned a master's degree in aeronautical engineering. After relocating to Texas in 1968, Bob began a 34-year career first as an aerodynamicist and wind tunnel engineer and later in various management positions with Vought Aircraft. He retired as executive vice president of engineering and quality in 2002.        A private pilot, in retirement Bob cultivated his lifelong love of aircraft by attaining his IFR rating and flying his Cessna 180 to many destinations across the country. He quietly though actively contributed to a number of charitable organizations, some of which operate through his church, First United Methodist of Mansfield, where he was a member for 33 years.        Survivors: His wife, Pam; sons, Rob and James; grandchildren, Will, Sam and Jenny; and sister, Kathy.

The family of Arthur Rudnicki, created this Life Tributes page to make it easy to share your memories.