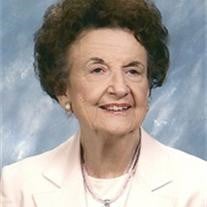 HURST -- Beverly W. Coon, 87, loving mother, grandmother, great-grandmother, sister and friend, died Friday, Dec. 11, 2009, peacefully at home.        Memorial service: 3 p.m. Tuesday at First United Methodist Church of Hurst, 521 West Pipeline in Hurst. Visitation: 6 to 8 p.m. Monday at Lucas Funeral Home, 1321 Precinct Line Road in Hurst.        Memorials: In lieu of flowers, memorials may be sent to Stephen Minister Program at First United Methodist Church of Hurst, P.O. Box 1461, Hurst, Texas 76053, and/or HUGWORKS (which provides musical programs and resources for children with special needs in hospitals locally all over the U.S.), 712 Mary Drive, Hurst, Texas 76053.        Beverly recently retired as executive secretary of the Mary I. Gourley Scholarship Foundation. She was formerly the director of education for the Mental Health Association of Tarrant County.        Beverly was born on March 14, 1922, in Galveston to Rowena Kincannon Ward and L. Fletcher Ward. She was educated at Riverside High School and Texas Woman's University. Beverly married her high school sweetheart, Harold A. Coon Sr., on Dec. 5, 1941, and they returned from their honeymoon to hear "newsboys" on the streets of Fort Worth yelling, "Extra! Extra! Read all about it ...Japanese Bomb Pearl Harbor!!!"        Beverly was a member of First United Methodist Church of Hurst, where she served as a Stephen minister, and The Woman's Club of Fort Worth, where she was past president of the Etta Newby Section. She also was a member of Rithmah Temple 93, Daughters of the Nile; Moslah's Ladies Without Shriners; and former students of Texas Woman's University.        As a 32-year survivor of breast cancer, she took every opportunity to build relationships with other survivors and "newly diagnosed" to educate younger women and to give them encouragement.        Beverly was preceded in death by her loving husband, Harold A. Coon Sr.; grandson, Aaron Welch Coon; her parents; and her sister, Jane Pool.        Survivors: She is survived by son, Hal A. Coon; daughter, Julayne Oxford and her husband, Greer; grandchildren, Amy McClain-Josephson and her husband, Mark, of Atlanta, Ga., Katy Lansford and her husband, Scott, of Las Colinas, Noelle Bray of Austin and Andrew Christopher Coon of Hurst; great-grandson, Rydon Lansford; several nieces and nephews; and many, many good friends.

The family of Beverly Coon created this Life Tributes page to make it easy to share your memories.