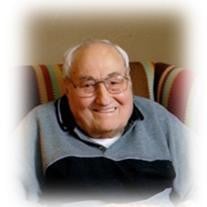 ARLINGTON -- Carl Justin Morgan, a humorous, devoted husband, father, grandfather, friend and neighbor, died peacefully Saturday morning, April 30, 2011, during his 84th year.        Service: 3:30 p.m. Monday at the Kornbleet Memorial Chapel in Ahavath Sholom Cemetery, 411 N. University Drive, with Rabbi Paras officiating. Military honors will be held under the auspices of Martin Hochster Jewish War Veterans Post 755. Family and friends will be received afterward at the Oak Lake Club House, 4731 Oak Club Drive, Arlington. Shiva and minyan services will be held at the Morgan residence beginning at 7 p.m. Monday; Tuesday services will be held at Congregation Ahavath Sholom, 4050 S. Hulen St., Fort Worth.        Born Jan. 15, 1927, in Pittsburgh, Pa., Carl was the son of Ben and Clara Dahne Morgan. After graduating from high school, he enlisted in the U.S. Navy during World War II and served on an aircraft carrier in the South Pacific.        At the end of the war, Carl attended the University of Pittsburgh where he received his BS in bacteriology and chemistry. He began his master's degree work at Pittsburgh Medical School of Public Health in Dr. Jonas Salk's lab on the polio vaccine and served as secretary in the newly formed American Bacteriology Society.        Carl worked in the Pittsburgh Public Health Department for a few years then proceeded to work in industry. His career developed into environmental chemistry as a chemist for Novartis and Perkin Elmer Corporations.        During his years in New Jersey, he was instrumental in organizing the Dover Township Department of Health and served as president of the board for several years. He was recently recognized by the American Chemical Society as a 50-year member, now emeritus.        He was an active member of the Jewish community, the Jewish War Veterans, Congregation Ahavath Sholom and many Zionist and benevolent organizations. He enjoyed playing bridge, stamp collecting and rooting for the Rangers and Cowboys.        Survivors: In addition to his wife of 57 years, the love of his life, Sylvia, Carl is survived by his daughters and their husbands, Judy Hughes and Christopher of Naperville, Ill., and Gail Blair and Scott of Lilburn, Ga.; grandchildren, Eric and Jonathan Hughes and Jacquelyn and Michael Blair; brothers and their wives, Brig. Gen. Harold C. Morgan, M.D., and Diane of Brick, N.J., and Emanuel Morgan and Francoise of Toms River, N.J.; and nieces and nephews and their families. Robertson Mueller Harper Funerals & Cremations 1500 Eighth Ave., 817-924-4233

The family of CARL MORGAN created this Life Tributes page to make it easy to share your memories.