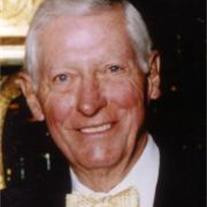 Clay was born Oct. 4, 1928, to Clay Johnson Berry and Margaret Hay Berry. He graduated from R.L. Paschal High School and attended Washington & Lee University, Texas Christian University and the University of Mexico in Mexico City. He was a lieutenant pilot in the U.S. Air Force during the Korean War. Clay enjoyed a very successful business career as a partner for 37 years at Thomas M. Ryan Insurance Co. and later with Higginbotham and Associates until his retirement in 2004. Clay continued the Berry tradition of tireless service to the Fort Worth community. He served on the boards and was past president of Big Brothers Big Sisters, Child Study Center and the Exchange Club of Fort Worth. He was a founding member of Streams and Valleys Inc. and Circle T Girl Scouts, of which he was also a past president. Clay was extremely proud of his service to Tarrant County College, where he was vice chairman of the board of trustees from 1977 to 1998. Currently, Mr. Berry sat on the boards of Harris Methodist Hospital Foundation and the Tarrant County Lung Association and held the position of secretary-treasurer of the Exchange Club at the time of his death. Clay was also an avid sportsman and athlete. He was a member of the 1945 Paschal state championship basketball team and was a passionate avid sailor and golfer. He achieved golfs ultimate lifetime goal of shooting his age or better when he posted a 71 at the age of 72 in April 2001. Clay was past president of River Crest Country Club and served as commodore of the Fort Worth Boat Club from 1963 to 1965. Clay was a mentor at Nash Elementary, where he would read regularly to the students. He was a lifelong member of First United Methodist Church and participated for seven years in Bible Study Fellowship. In addition to his parents, Clay was preceded in death by his brother, Sam H. Berry, and his son-in-law, Scott Hopping. Survivors: Wife, Pam Pierce Berry of Fort Worth; children, Lindsey Berry of Austin, Lisa Berry Evon and her husband, Don, and Margaret Berry, all of Fort Worth, Laura Hopping of Lubbock, Ginny Kimberlin and her husband, Craig, of Fort Worth and Craig Grove and his wife, Laura, of South Padre Island; grandchildren, George Reichenbach, Clay Evon, Ryan Hopping and wife, Ariel, Cole and Kylie Kimberlin and Pierce Grove; great-granddaughter, Alyvia Hopping; sister-in-law, Dottie Berry of Fort Worth; and nieces and nephews, Mike and Steve Berry, Elizabeth Hertel, Jennifer Anderson and Marcia Knutson. Robertson Mueller Harper Funerals & Cremations 1500 Eighth Ave., 817-924-4233

Clay was born Oct. 4, 1928, to Clay Johnson Berry and Margaret Hay Berry. He graduated from R.L. Paschal High School and attended Washington & Lee University, Texas Christian University and the University of Mexico in Mexico City. He was a lieutenant... View Obituary & Service Information

The family of CLAY BERRY created this Life Tributes page to make it easy to share your memories.