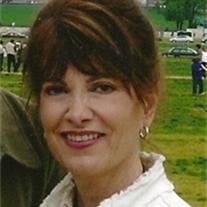 HURST -- Carol Lynn Galland Wildey, 60, passed away Saturday, Oct. 31, 2009, after a courageous 20-year battle with breast cancer. Her brave determination and will to survive was an inspiration to her family, friends, doctors and fellow cancer patients.        Memorial service: 2 p.m. Sunday, Nov. 8, at Harvey Douglas Funeral Home, 2118 S. Commerce St., Ardmore, Okla.        Memorials: Can be made to M.D. Anderson Cancer Center in Houston.        She was born April 30, 1949, in Aberdeen, S.D. Following high school graduation, she earned her cosmetologist license in Fort Worth. In 1971, she moved to Ardmore, Okla., and was a hair stylist at Nadine's Locke Shoppe for over 20 years.        During her cancer treatments, she experienced hair loss as a result of chemotherapy. She found the side effect distressing, demoralizing and difficult to attractively conceal. When her cancer went into remission, she founded the company Headcovers Unlimited to help other patients. She used her creativity and experience to design attractive headwear, hats and wigs -- the kind that she had wanted for herself but could not find.        She was passionate about designing products that would make the lives of cancer patients a little more manageable. The company has helped countless cancer patients to maintain their dignity during treatments. Carol was an advocate for breast cancer awareness and was honored at Ardmore's Walk for Life in 2000.        She had a quick wit and kept her family laughing even into her final days.        Survivors: Her husband, Dr. William Wildey of Hurst; children, Danielle Yates of Houston, Christian Galland of Lewisville and Marc Galland of Tulsa, Okla.; sister, Connie Parrish of Tempe, Ariz.; and grandchildren, Scott Jackson of Houston, Emily Jackson of Houston and Thomas Galland of Little Elm.

HURST -- Carol Lynn Galland Wildey, 60, passed away Saturday, Oct. 31, 2009, after a courageous 20-year battle with breast cancer. Her brave determination and will to survive was an inspiration to her family, friends, doctors and fellow cancer... View Obituary & Service Information

The family of Carol Wildey-Galland created this Life Tributes page to make it easy to share your memories.