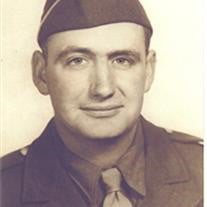 HURST -- Gene Carter Conners, 86, a retired railroad conductor, died Monday, March 10, 2008, in Hurst. Funeral: 2 p.m. Wednesday at Dudley Funeral Home in Waurika, Okla. Burial: Waurika Cemetery in Waurika, Okla. Gene Carter Conners was born Dec. 16, 1921, in Waurika, Okla., the youngest child of James Edward "Jimmie" and Flora Hastings Beldin Conners. He was raised from age 2 by his mother's sister, Fanny Lu Ash, and her husband, Sam Burton Ash. His mother was ill with tuberculosis. He lost both his mother and father by age 8. He attended schools in Waurika and Bowie. He and Mary Margaret Elizabeth James were in the graduating class of 1941 in Waurika. They were married in Waurika on June 21,1941. In 1943 he hired on as a switchman for the Rock Island Railroad and worked until he was drafted into the Army in December 1944. World War II took him to Hawaii where he served the Army in a railroad battalion, transporting material around the island off the big ships. He was there until the end of the war and arrived home around Thanksgiving 1945. He resumed working for Rock Island Railroad and retired as a conductor in December 1981. He lived most of his life in Waurika until 1948 when he moved his family to Bridgeport. In 1960, Gene and Mary moved to Fort Worth. They bought a house in Hurst in 1962 & lived there until 1987. He lived from 1987 to 1993 in Fort Worth. He returned to Waurika in 1993 and remained there until 2007 when he returned to Hurst. He was preceded in death by his parents, James E. and Flora H. Conners; surrogate parents, Sam and Fanny Ash; son, Jimmie Gene Conners; brother, Byrd Gerald Conners; half brothers, Clay Beldin Holden, James Edward Conners Jr., Thomas Patrick Conners; half sisters, Fanny Louise Holden Zising and Julia Kathrine Conners Fetchel. Survivors: His daughter and her husband, LuRee and Bill Proctor; granddaughter, Gina Marie Proctor Jeffries; grandsons, Troy Gene Conners, Jeffrey Leon Conners and Richard Andrew Proctor; great-grandchildren, Joshua Michael Steinhauer, Jacob Anthony Conners, Justin DeForrest Jeffries, Lindsay Renee Conners, Emily Madelon Proctor and Abigail Rebekah Proctor; nieces, Carol Conners Lyon, Jane Conners Holfmann; nephew, Larry L. James, who he loved like a son, and his wife, Jeannie James; his former wife, Mary Conners; and other relatives.

The family of Carter Conners created this Life Tributes page to make it easy to share your memories.