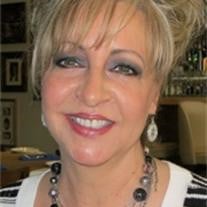 KELLER -- Celeste Barksdale, passed away Saturday, March 10, 2012. Funeral: 1:00 Friday at Gateway Church, North Richland Hills Campus. Visitation: Family will receive friends 6 to 8 p.m. Thursday at Lucas Keller Funeral Home, 137 East Hill Street in Keller. She graduated from Holley High School and began work as program director at The Body Shoppe ladies fitness center. She was a gifted with graphic arts talent she Began to pursue a career in Fashion Design. God had a different plan in mind. her life was radically transformed after she began to attend New Creation Fellowship on Child St in Rochester NY. The church later moved to Paul Rd in Chili and has now become The Father's House. Serving the Lord and her Church became her life. She became involved in everything she could including leading worship and a small fellowship group in her home. She became the Church Office Administrator and managed a small staff. In this capacity she also served the pastor as his administrative assistant. She felt called to the ministry and attended a satellite ministry training course for a season before being led to attend Rhema Bible Training Center in Tulsa Oklahoma where she focused on evangelism. After graduation she remained in Tulsa performing volunteer work in a local church as a receptionist for two years. She began full time work for Harrison House publishing company where she met her husband and the love of her life David. They announced their engagement on Halloween in 1990 by dressing up as two sides of a book titled "Our Life Together". Following the announcement of her their engagement, she was layed off. Two weeks before their wedding so was her fiance. What would appear to be a great hardship actually became a tremendous blessing as the two spent the first 6 months of their marriage together 24 hours a day. During this time the Lord sealed them together as one and layed the solid foundation for their more than 21 years together. Celeste firmly believed that a woman should be submitted to and become a part of the calling on her husband. To that end, she completely conformed her life and vocation to serving with and supporting him in whatever he was called to do. David began work for Master Software Design, a software development firm that created software for churches, ministries and non-profit organizations before eventually striking out on his own as an independent consultant. Together, Celeste and her husband have travelled the country for many years working with numerous ministries including the Crystal Cathedral, Oral Roberts, Jack Van Impe, Radio Bible Class, Victory Christian Center, Coral Ridge Ministries, Cornerstone Television, Kenneth Copeland Ministries and many many others. During this period Celeste would take care of their dogs and often work part time or temporary jobs with the ministries involved. For a brief time she served as the producer for the Believer's Voice of Victory Sunday broadcast. She told her husband that she could sense the Lord's physical presence enter her and guide her with decisions for every clip,edit, etc. Celeste was always fervently devoted to the Lord. She spent a minimum of two hours a day every day of their marriage reading the word of god, listening to teaching tapes, praying and worshiping the Lord In the last few years of her life, Celeste felt strongly that God had given her a mission field and a small congregation of her own through the miracle of Facebook. She yearned for reaching every one of her Facebook friends. She desperately wanted to know at they were all saved and serving the Lord. She would carefully deliberate over each and every post. Often the Lord would speak something specific to her and tell her to go and post it. She would get so excited and show it to her husband and enthusiastically declare that God was going to bring them into relationship with himself. She was preceded in death by her Dad, "Bud" Behnke. Survivors: Her husband, David Scott Barksdale; mother, Joan Bindnagle; sister, Frances Turbeville; brother, Mark Behnke; nephew Eddie T.; Aunt and Uncle Mr. & Mrs Ralph Tangry; her In-laws David and Charlene Barksdale, Three brother-in-laws Jeff, Don and Andy Barksdale; Sister-in law Monica Barksdale; and Nephew Matthew Barksdale; and several dearly loved cousins and many friends.

The family of Celeste Barksdale created this Life Tributes page to make it easy to share your memories.