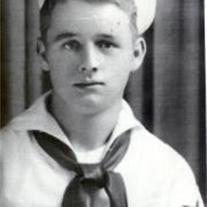 Mr. Dillon was born in Limerick, Ireland In 1924. In 1942 he joined the Navy and was stationed On the U.S.S. Ericsson during World War II. He enjoyed Fishing, camping, and motorcycling. Charles was a loving husband, father, grandfather,... View Obituary & Service Information

The family of Charles Dillon created this Life Tributes page to make it easy to share your memories.