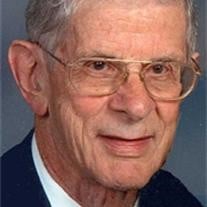 HURST -- Charles D. Tyler died on Friday, Feb. 18, 2011.        Memorial service: 1 p.m. Tuesday at St. Philip Presbyterian Church.        Memorials: Donations to either St. Philip Presbyterian Church or to the American Cancer Society, P.O. Box 22718, Oklahoma City, Okla. 73123, are appreciated in lieu of flowers.        He was born on Sept. 8, 1920, and was a veteran of World War II serving in the Army Air Corps.        Charles graduated from the Colorado School of Mines and was known for his love of nature, his model ship-building skills, and his interest in growing orchids and roses.        He was preceded in death by his brothers, Wallace and Gordon Tyler.        Survivors: He is survived by his wife of 62 years, Doris Tyler; son, William Tyler and his wife, Laurie; daughters, Diane Collins, Betsy Joyner and her husband, Henry Joyner, Carolyn Courtois and her husband, Andrew Courtois; grandchildren, Sarah and Kaydi Joyner, Morris Collins, and Andrew Jr., Emily and Ashley Courtois; and his brother, Ralph Tyler.

The family of Charles Tyler created this Life Tributes page to make it easy to share your memories.