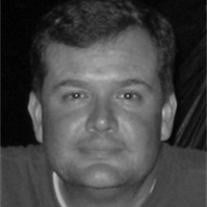 KENNEDALE -- Corry Ardel Edwards, 38, chief warrant officer II, Texas Army National Guard, Company D 2-149th Aviation, was called home Thursday, Sept. 18, 2008, in Iraq. He was and is a husband, father, son, brother, friend and hero. One of America's best! Corry was born Sept. 23, 1969, in Midwest City, Okla., and was a resident of Kennedale with his wife, Nannette, of 15 years and his two sons, Killian, 9 years, and Logan, 7 years. Corry graduated from Sam Houston High School in Arlington in 1988. He earned his paramedic certification from NCTC in 1994 and began working for AMR in 1995. He was employed from 1997 to present at the Dallas Army Aviation Support Facility. Corry enlisted in the Texas Army National Guard in 1988. He served in Bosnia in 2003 and 2004 during Task Force Renegade and was recently deployed to Iraq in August 2008 where he was killed when his Chinook helicopter went down during a transfer mission from Kuwait to Iraq. To those who knew and loved him, he was a man who affected the lives of many and was a friend to all. He had a helpful nature that reached out to those in most need and uplifted the spirits and outlook of all he touched. He had a gentle way of providing strength when situations called for it, and a genuine constancy that granted comfort. Corry valued integrity and lead his life in such a way so as to impress on his sons to be honorable men. His loving charm captured the hearts of everyone. Survivors: His beloved wife, Nan; his sons, Killian and Logan; his parents, Charlie and Glenda Hamilton of Tahlequah, Okla.; his sister and niece, Samantha Simpson and Hailey Bothel of Fort Worth; and many other relatives and close friends.

The family of Corry Edwards created this Life Tributes page to make it easy to share your memories.