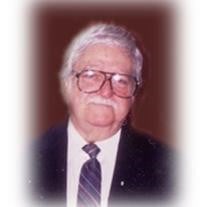 FORT WORTH -- David F. Lee passed away Thursday morning, Jan. 5, 2012, during his 82nd year. Service: 3:30 p.m. Sunday in the chapel at Robertson Mueller Harper. Honorary bearers will be Steve Coffer, Edward Cook, Dr. John Kennedy, Dr. Robert Key, James D. Mauney and Bill Smith. Visitation: Family and friends will gather 2 to 3:30 p.m. Sunday in the Great Room at the funeral home. Born June 26, 1929, in Berwyn, Ill., David grew up in Pampa where he graduated from high school. He graduated in 1951 from Texas Christian University with a double major in biology and chemistry, followed by a medical degree from the University of Texas Southwestern Medical School in 1955. After 2 1/2 years of honorable service in the U.S. Air Force, Dr. Lee settled into private practice in Fort Worth. He practiced as a family physician from 1959 until retiring in 2010. Dr. Lee built a large and caring practice, serving the medical needs of our community that touched the lives of multiple generations. He was one of the first board-certified family physicians in Tarrant County and obtained the status of Fellow of the American Academy of Family Physicians. He received many honors and accolades and was most proud of being voted by his peers as one of the top 10 primary physicians in Tarrant County. Other than being a family physician, Dr. Lee had a passion for TCU football and basketball. He enjoyed raising cattle and telling a good joke. His patients would stop by his office just to tell him their favorites. Dr. Lee touched the lives of everyone who knew him. He was a gentle soul and a loving husband, father and grandfather. He will be sorely missed by so many who loved him and to whom he gave so much of his kindness, generosity and sense of humor. He was preceded in death by his parents and son, Stephen Thomas Lee. Survivors: In addition to his wife of 56 years, Frances, Dr. Lee is survived by his children, David F. Lee Jr., Elizabeth Lee and Pamela Lee McDonald and her husband, Lamarr; and grandsons, James McDonald III and David Lee McDonald. Robertson Mueller Harper Funerals & Cremations 1500 Eighth Ave., 817-924-4233

The family of DAVID LEE, created this Life Tributes page to make it easy to share your memories.