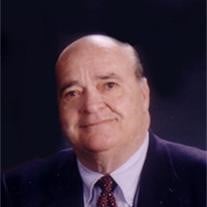 ?FORT WORTH -- Donald Kent Lance, 76, a beloved husband and father, died peacefully Saturday morning, Jan. 3, 2009. ?????? Service: 10 a.m. Friday in the sanctuary of University Christian Church, 2720 S. University Drive. The Rev. Dr. Alan Lobaugh, senior associate, will officiate. ?????? Memorials: In lieu of flowers, consideration of contributions to a Happy Hill Farm, in Don's memory, is suggested. ?????? A native of Chilicothe, Don was born Dec. 28, 1932, the son of R.H. and Vallie Brock Lance. He was a graduate of Rice University. ?????? As a Rice Owl, Don was a member of the basketball team, which he represented as an All American in 1954. He was selected as All Conference player in the Southwest Conference in 1953 and 1954. He was named to the Rice University Basketball Hall of Fame and had his jersey retired on Jan. 2, 2004. It is mounted in the Autry Court in Rice University Basketball Stadium. ?????? Don entered the insurance business in 1957, the same year he married his wife, Tanya. His professional executive insurance career encompassed more than 40 years. ?????? His family wishes to express a special thank you to Karen Peterson and Joan Walton of VITAS Hospice for the loving care given to Don and them in their time of need. ?????? Survivors: In addition to his wife of 50 years, Don is survived by his children, D. Kent Lance Jr. of Austin and Dawn Lance Whitmer and her husband, Dennis, of Golden, Colo.; and his sister, Veye Lance Fincher, also of Austin. Robertson Mueller Harper Funerals & Cremations 1500 Eighth Ave., 817-924-4233

The family of DONALD LANCE created this Life Tributes page to make it easy to share your memories.