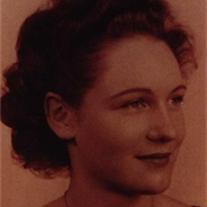 FORT WORTH -- Dorotha Parks Endsley, 89, passed into eternity to be with her Lord and Savior, Jesus Christ, on Saturday, May 31, 2008. Funeral: Services will be held privately Tuesday in Graham. Dottie was born in Meridian on Dec. 7, 1918. In 1919, she moved to Desdemona with her parents, David and Alma Parks. There her father participated in the development of the Desdemona oil field. After high school she attended Texas Women's University, graduating in 1940. After graduation, she moved to Graham, where she met her husband, Maxie H. Endsley. Their marriage would last for 66 years. Four months after their marriage, World War II was declared and Mack spent the next four years in Europe. Upon his return, Mack entered the car business and she focused on being a wife and mother. Dottie and Mack were an amazing couple. Their marriage was an example of mutual love, admiration, fidelity, caring and laughter. During their entire marriange, no family member ever remembers a harsh word spoken. Many people who knew them said that they had the best marriage of anyone they had ever met. This bond lasted until the day Dottie passed away. In 1980, Dottie and Mack retired from the car business in Midland and moved to Lake Kiowa, near Gainesville. There they spent 14 years traveling the world, playing bridge and enjoying their lakefront home. In 1994, Dottie and Mack moved to Trinity Terrace. There they continued to playing bridge and visit with their friends and neighbors. Dottie's kindness, warm heart and love of laughter will be missed by those who knew her. The family wants to thank Trinity Terrace, James L. West Center and Community Hospice of Texas for their continued excellent care and compassion. Survivors: Husband, Maxie H. Endsley; son, Kirby G. Endsley and wife, Shari; granddaughters, Elizabeth and Katherine Endsley; brother, Jim H. Parks; and several nieces and nephews. Robertson Mueller Harper Funerals & Cremations 1500 Eighth Ave., 817-924-4233

FORT WORTH -- Dorotha Parks Endsley, 89, passed into eternity to be with her Lord and Savior, Jesus Christ, on Saturday, May 31, 2008. Funeral: Services will be held privately Tuesday in Graham. Dottie was born in Meridian on Dec. 7, 1918. In... View Obituary & Service Information

The family of DOROTHA ENDSLEY created this Life Tributes page to make it easy to share your memories.