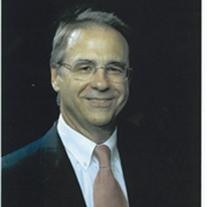 Service: Memorial Mass will take place at 11 a.m. Thursday at St. Francis Catholic Church, 861 Wildwood St., Grapevine, Father Anh Tran, celebrant.        A Time of Remembrance: A memorial service in his honor will be at 9 a.m. Thursday at Lucas Grapevine Funeral Home Chapel, 700 W. Wall St.        David's life was shaped by his dedication to his family, his work, and his great determination to help people. He was born Nov. 30, 1953, in Grosse Pointe, Mich., to Eldon and Mary Ahles, one of four children, and lived in the Detroit, Mich., area for 48 years. As a young man, he fell in love with airplanes, sailboats and golf. He earned a B.S. degree from Eastern Michigan University (1975) and a J.D. at University of Detroit Mercy School of Law (1981). He discovered his true passion, human resources, and combined it with his interest in aviation, serving as vice president of HR at American International Airways and Kitty Hawk, Inc. In 1991 he married Lori and accepted her three sons into his life and treated them as his own. In 2002 he accepted the position of executive administrator at Allied Pilots Association and moved to Flower Mound. He spoke highly of his "Texas years" and enjoyed being outdoors, golfing, doing yard work, visiting with friends and family on the patio and reading books about HR and executive coaching, a field in which he became deeply engrossed. The latter inspired him to enroll in coaching classes at UTD, a course he pursued even after being hospitalized. To use an adjective David often used, he live a "beauty" life. He is remembered for his positive approach to life, passionate commitment to work and his family, personal touch, ability to ignite passion in others and his distinct sense of humor - all pieces of the legacy left behind.        Survivors: He is survived by his mother, Mary Ahles; his wife, Lori Ahles; his son, James Jenner; his son, William Jenner and wife, Trudi; grandson, Trayton; his son, John Jenner; his brother, Fred Ahels and wife, Cathy; niece, Emily; his brother, Tim Ahles; niece, Bailey; his sister, Amy Newman and husband, Lacy; nieces, Lauren and Alise; his many dear friends and colleagues; and his favorite dog, Oliver.

The family of David Ahles created this Life Tributes page to make it easy to share your memories.

Service: Memorial Mass will take place at 11 a.m. Thursday at...