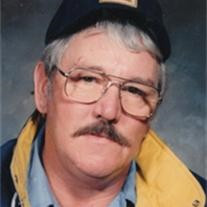 David was born in Oakland, Calif., to his parents, Floyd and Ida Wright, on April 22, 1943. His family later moved to San Francisco where he spent most of his youth. David's lifelong affinity for fishing and the love of the outdoors began as a child growing up near the San Francisco Bay. He later became an accomplished athlete at Lincoln High School. David also developed exceptional culinary skills while working in the family's restaurant business.        The Wright family relocated to Fort Worth in the early '60s. David became a chef at the iconic Blackstone Hotel where he utilized his culinary craft to the delight of local and national dignitaries. David's most significant achievement as a chef was the honor of preparing President John F. Kennedy's breakfast the morning of Nov. 22, 1963, likely the President's last meal.        David later became employed as a counselor for Alcoholic Anonymous (AA) after enrolling in the program himself and successfully defeating his own battle with chronic alcoholism. David's work there and willingness to share his personal testimony assisted countless other men to achieve sobriety and live more fulfilling lives, just as he did.        David eventually retired as a employee from the Arlington School District after 15 years of employment. He genuinely enjoyed his time at AISD, where he made many friendships that endured for the remainder of his life.        David's infectious personality and overall good nature attracted people and animals alike. He was a animal enthusiasts, owning and caring for all types of animals throughout his life. His charitable spirit led to helping individuals and volunteering for organizations like AA, The Lions Club, and the Dallas Mormon Temple. David's enduring faith and hope in Jesus Christ was evident by all who encountered him.        The family would like to extend special recognition to family friend, Miguel Cadrera, and his brothers for assisting Sara Jean during David's deteriorating health.        David will be sorely missed by his family and friends.        Survivors: His loving wife, Sara Jean; brother, Jerry; sister-in-law, Judy; sons, Alex and Mark; daughters, Chris and Julie; grandchildren, Jacquelyn, Kaitlin, Savannah, Megan, Preston, Benjamin and Luke; uncle, Gene Harmeling; aunt, Harriet Harmeling; and one great-grandchild on the way.

David was born in Oakland, Calif., to his parents, Floyd and Ida Wright, on April 22, 1943. His family later moved to San Francisco where he spent most of his youth. David's lifelong affinity for fishing and the love of the outdoors began... View Obituary & Service Information

The family of David Wright created this Life Tributes page to make it easy to share your memories.

David was born in Oakland, Calif., to his parents, Floyd and...