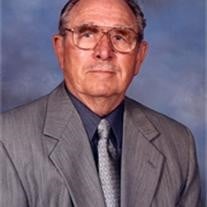 FORT WORTH -- Donald E. Mason, loving husband, father and grandfather, died at the age of 82 on Monday, April 13, 2009, at his son's home in Katy following a long illness. Graveside service: 3 p.m. Saturday in Mount Olivet Cemetery in Fort Worth, where Mr. Mason will rest beside his parents and sister. The Rev. Glen Jones of First United Methodist Church of Weatherford will conduct the service. Visitation: Friends are cordially invited to a visitation with the family 2 to 3 p.m. Saturday at Lucas Funeral Home, 517 N. Sylvania Ave., Fort Worth. Memorials: In lieu of flowers, memorial contributions to a charity of choice are requested. The youngest child of Roy and Tiny Mason, he was born Dec. 26, 1926, in Dallas. He grew up in the Riverside area of Fort Worth with his older sister, Royce. He attended Riverside High School and was a drum major for the school band in which he played clarinet. He attended Texas Tech University for one year, during World War II, before joining the Naval Air Corps where he served as a crewman aboard various types of aircraft including Dauntless dive bombers and the TBF Avenger. Following the war he attended North Texas Agricultural and Mechanical College, now known as UT Arlington, where he began his career as a mechanical and aeronautical design engineer. His professional career was diverse, including positions at ACF Industries in Washington, D.C., and Albuquerque, N.M., Bell Helicopter in Hurst and Lockheed Martin in Forth Worth from which he retired in 1993. Mr. Mason was proud to be an American and descended from a long line of those who fought for freedom, justice and a better way of life for all Americans. Mr. Mason's family is recognized by the Fort Worth Genealogical Society as members of the pioneer families of Tarrant County. His maternal great-great-great-grandfather, Jacob Albert Zinn, moved to White Settlement, at the mouth of Silver Creek near Fort Worth, about 1858. Jacob Albert Zinn was said to have been a chaplain in Hoods Brigade. His great-great-grandfather, Reuben Burrow Zinn, fought in the Civil War. His fifth and sixth great-grandfathers, Chronomous Zinn and Matthias Ardis, fought and gave aid during the American Revolutionary War. Survivors: His wife of 62 years, Elsie Lorene Mason, who was at his bedside as he passed. He is also survived by his sons, Royal of San Francisco, Calif., and Stephen and his wife, Donna, of Katy; daughter, Sherryl Corder and her husband, Dennis, of Aledo; his grandchildren, Matthew, Amanda, Mary, Marcus, Joe, Jennifer and Victoria; and great-grandchildren, Kristopher, Grayson, Gavin, Joe III and Wyatt.

The family of Donald Mason created this Life Tributes page to make it easy to share your memories.