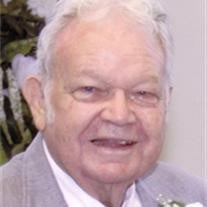 AZLE -- Enis Mitchell Kerlee went to be with the Lord on Sunday, Jan. 31, 2010, in his 90th year.        Service: 2 p.m. Thursday in the chapel at Robertson Mueller Harper, with the Rev. Dale Noska officiating. Full military honors will be held in Mount Olivet Cemetery. Visitation: Mr. Kerlee will lie in state Wednesday at Robertson Mueller Harper; family and friends will be received 5 to 7 p.m. in the Great Room.        Born Dec. 1, 1919, in Fort Worth, Enis was the son of Joseph and Ethel Thomas Kerlee. He graduated from North Side High School before attending Texas Christian University on a full football scholarship. He played left tackle for the undefeated 1938 TCU football team, playing in the Sugar Bowl for the national championship. He married Dorothy Summers on Oct. 17, 1941, instead of going out for pro football.        Enis achieved the rank of sergeant in the Army Air Corps and turned down officer training, which would have taken him away from his wife. Following his tour of duty, he worked for Convair, "the bomber plant," and retired from General Dynamics. He was president of the Management Club and member of the Speakers' Bureau.        Mr. Kerlee was a devoted Christian and, even when wheelchair-bound, shared his testimony of salvation through faith in the Lord Jesus Christ with anyone and everyone he met.        He was preceded in death by his parents; his sister, Floyce Upham; and his son-in-law, the Rev. Homer T. Hess Jr.        Survivors: In addition to his wife, Dorothy Summers Kerlee of Azle, Enis is survived by his daughters, Camille Hess of Arlington, Pamela O'Dell and her husband, Roy of Fort Worth, and Valerie Heitzmann and her husband, Richard of Northville, Mich.; grandchildren, Robin and Floyd Eggen, Karen and Keith Dill, Belinda and Monte Gibson, Amy and Chris Cromer, Stephen Hess, Dan and Janel Heitzmann, Matthew and Violet O'Dell, Joel Heitzmann and Tim and Lisa Heitzmann; and great-grandchildren, Andrew, Adam and Aaron Dill, Carissa Cromer, Elliot Eggen, Olivia, Bryce and Troy Heitzmann; brother-in-law, Ronald Upham of Great Falls, Mont.; and nieces and nephews and their families. Robertson Mueller Harper Funerals & Cremations 1500 Eighth Ave., 817-924-4233

AZLE -- Enis Mitchell Kerlee went to be with the Lord on Sunday, Jan. 31, 2010, in his 90th year.        Service: 2 p.m. Thursday in the chapel at Robertson Mueller Harper, with the Rev. Dale Noska officiating. Full military honors will be held... View Obituary & Service Information

The family of ENIS KERLEE created this Life Tributes page to make it easy to share your memories.

AZLE -- Enis Mitchell Kerlee went to be with the Lord on Sunday,...