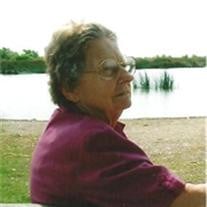 BEDFORD -- Genevieve R. Salazar, 81, a former longtime resident of Laredo and recent resident of Bedford, passed away Friday, June 10, 2011, at a Bedford healthcare center.        Service: Mass of Christian Burial at 2 p.m. Saturday, June 18, at St. Michael Catholic Church, 3713 Harwood Road, Bedford. Interment: 11 a.m. Tuesday, June 21, in Holy Sepulchre Cemetery in Philadelphia, Pa.        Memorials: In lieu of flowers, memorial contributions may be made to the American Cancer Society or a charity of choice.        Genevieve was born in Germantown, Philadelphia, Pa., on Oct. 12, 1929. She graduated from Little Flower Catholic High School for Girls in 1946. She went on to become a Maryknoll missionary and worked in South America for more than 20 years. She returned to the United States and settled in Laredo, where she met Jorge C. Salazar, a professor at Laredo College. They were married Sept. 14, 1973.        Genevieve was employed by the Attorney General Office of the state of Texas until she retired. She was highly educated, having received her B.Ed. from Maryknoll Teachers College along with the completion of her master of arts at Manhattan College, Bronx, N.Y. She traveled extensively throughout her lifetime.        Genevieve was preceded in death by her parents, Charles and Mildred Reinhardt, and a sister, Mary Veronica Canning.        Survivors: Her brother and sister-in-law, Charles and Margaret Reinhardt; nieces, Kathleen Clark, Mary Kay Scott and Mary Beth Bailey; nephew, Robert Canning Jr.; several grandnieces and grandnephews; some very dear friends, Rita and Ray Mooney and Jane Heidt; and her beloved dog, Benjie.

The family of Genevieve Salazar created this Life Tributes page to make it easy to share your memories.