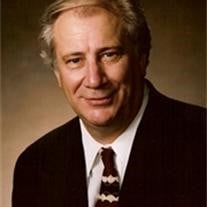 Slay Memorial Funeral Center Aubrey, Texas George Wayne Pierce, 64, went to be with his Lord on Monday, March 19, 2012 after a 20 month battle with Bile Duct Cancer. Wayne was born in Pilot Point, Texas on February 3, 1948 and graduated from Pilot Point Gee High School. He married Sue Harmon from Aubrey, Texas where they raised their family and lived for 45 years. Wayne began building custom cabinets at the age of 14, and was successful enough to support his family with his own company, Wayne's Cabinet Shop. He was a very loving man with a heart of gold. He enjoyed helping others and loved his family more than life itself, which is the reason he fought the cancer so hard. He enjoyed family trips more than anything. He actually looked for any excuse to spend time with his children and grandchildren. If he could have had it his way, the family would have all lived with him. He supported his children and grandchildren at every sporting/school event that he possibly could. Wayne had a passion for Texas Rangers Baseball, and was able to fulfill his lifelong dream of being in the stands to cheer them on at game 4 of the World Series last year. The only seat better than the one that he had, is the one he has now to root on his Rangers. He was also able to attend Barrett Jackson Car Auction in Arizona, which was another one of his life lifelong dreams. Wayne is survived by his wife Sue Pierce, his daughter Kristal and her husband Scott Moody, of Aubrey, his son Marcus Pierce and his wife Lisa of Aubrey, five beautiful grandchildren Kandis and Kaleb Moody, Brady, Brett, and Brock Pierce, all from Aubrey, his mother Pearl Pierce of Pilot Point, his brother Gary Lee Pierce of Casa Grande, AZ, and Diane McCurdy of Pilot Point. The family visitation will be at Slay Memorial Funeral Home in Aubrey, on Wednesday March 21, 2012 from 6-8pm. A funeral service will be held at 2pm on Thursday March 22, 2012 at Midway Baptist Church located at 9540 Hwy 377 South, Pilot Point, Texas.

The family of George Pierce created this Life Tributes page to make it easy to share your memories.