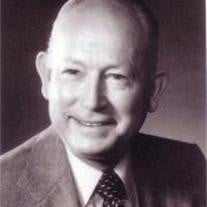 FORT WORTH -- James Clinton Fuller, 91, died peacefully Friday morning, June 29, 2007. Funeral: Following private services for the family, Jim will be laid to rest in Greenwood Memorial Park. Visitation: A reception celebrating his life will be hosted by the Fuller family 4 to 6 p.m. Tuesday at Colonial Country Club. Memorials: Consideration of contributions, in lieu of flowers, to the Alzheimer's Association or to a charity of one's choice, in memory of Jim, is suggested. James Clinton Fuller, the son of Samuel Harris and Mary Nettie Hyde Fuller, was born Sept. 27, 1915, in Tyler County. He earned B.S. and B.B.A. degrees from Stephen F. Austin University in 1939. Shortly after his marriage in 1941 to his college sweetheart, Wilma Watkins, Jim entered Marine Officer Candidate School in Quantico, Va., and served in the Marines until a health condition forced his honorable medical discharge. Jim then found wartime work in public relations at Consolidated Vultee Aircraft Corp., first in Fort Worth, then San Diego, ultimately heading the public relations offices for its Stinson and Stout Research divisions. After the end of World War II, Jim resumed his newspaper career as a sportswriter at the San Diego Journal, then as executive sports editor at the Fort Worth Press. In 1950, Larry Bell, founder of Bell Aircraft Company, hired Jim to become the first public relations director for Bell Helicopter as it moved its headquarters from Buffalo, N.Y., to Fort Worth. This began his 30-year career at Bell. He retired in 1980 as vice president. During his long tenure with Bell, Jim instituted the companys high profile at the Paris Air Show and other international venues, oversaw a host of international sales and marketing programs in Europe, South America, Asia and South Africa, and spearheaded the companys local community involvement. He served in leadership capacities on dozens of community boards in Fort Worth, including the Fort Worth Chamber of Commerce, Convention Center, United Way, Casa Manana, Society of Professional Journalists, Fort Worth Symphony and Opera, Fort Worth Aviation Advisory Board and the Air Power Council. He was a Silver Owl of the National Press Club of Washington and was a founding member of the humorous International Chili Appreciation Society. Jim was very involved in early efforts to bring Fort Worth and Dallas together to build D/FW International Airport and served as vice chairman of the D/FW Airport Board in the mid-70s. He was a past president of Colonial Country Club, where he enjoyed his Bean Soup for Lunch Bunch for many years. During their 65-plus years of marriage, Jim and Wilma traveled throughout the world for business and pleasure and often entertained friends from around the corner and across the globe in their Fort Worth home. Survivors: Wife, Wilma Watkins Fuller; daughters, Francelle Fuller Franks and her husband, Bud, and Patricia Fuller Meadows and her husband, Bill; grandchildren, Courtney Franks Almy and her husband, Gene, Christopher Franks and his wife, Jessica, Walker Meadows and Hannah Meadows; and great-grandson, Carter Franks.Robertson Mueller Harper Funerals & Cremations 1500 Eighth Ave., 817-924-4233

The family of JAMES FULLER created this Life Tributes page to make it easy to share your memories.