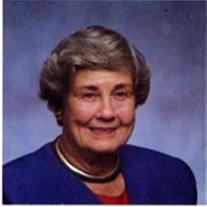 FORT WORTH -- Jane Sloan Cranz passed away Friday, Dec. 25, 2009, in her 94th year.        Memorial service: 11 a.m. Monday, Jan. 11, in the Deborah Beggs Moncrief Garden Center at the Fort Worth Botanic Garden. Jane was laid to rest privately Monday, Dec. 28, in Greenwood Memorial Park.        Memorials: In lieu of flowers, consideration of contributions to Van Zandt Cottage Friends Inc., 232 Casa Blanca Ave., Fort Worth, Texas 76107, or to the All Saints Hospital Foundation, in Jane's memory, is suggested.        Born Jan. 11, 1915, Jane was the daughter of Clarence and Frances Sloan. She was the granddaughter of Maj. K.M. Van Zandt, an early Fort Worth civic leader and founder of the Fort Worth National Bank.        During World War I, while Jane's father was stationed in Europe, she lived with her mother at her grandparents' home, enjoying many happy times and experiences in their residence at 800 Penn St.        Always with an adventurous spirit, Jane was an early fan of the aviator Amelia Ehrhart. She earned a pilot's license in her early teens and flew in the open biplanes of the era.        Jane was involved in countless non-profit organizations and civic and social groups. Among her many civic contributions, she helped found the Day Care Nursery, which later became the Day Care Association, the Child Study Center and Senior Citizen Services. She was active in the Junior League and served on the board of directors of the Tarrant County Historical Association. She was also a board member of Historic Fort Worth and a member and past president of the Assembly. Most recently she was a moving force behind the Friends of Van Zandt Cottage, her grandfather's farm residence, which still stands in the Cultural District and is one of the longest-standing building foundations in Tarrant County.        An avid gardener, Jane toured gardens throughout the United States, Canada and Europe. She served as president of the Fort Worth Garden Club, and was involved in the construction of the Garden Center Conservatory. She was also involved with the Botanical Research Institute and served on its board of directors for a number of years.        Jane's artistic talents were considerable. She was the co-owner of Joy Ceramics, and her ceramic pieces, exhibited at the Electra Carlin Gallery and later the Evelyn Segal Gallery, were much sought after by art aficionados. She often studied with artist Evaline Sellors.        An astute businesswoman, following the death of her husband, William P. Cranz in 1973, Jane became chairman of the board of Harvest Supply Co., a major distributor of lawn and garden supplies in the Metroplex.        Jane was a member of St. Andrew's Episcopal Church where she was active in the Women of St. Andrew's, the Altar Guild and St. Monica's Guild. She held memberships in River Crest Country Club and the Texas and Southwestern Cattle Raisers Association.        The family wishes to recognize her caregivers of many years, Fita, Anna and JoAnn, the staff of Baylor All Saints Hospital who ministered to her in her final days, and especially to Dr. Paul Goldman.        While ever the proper lady, Jane had a wicked sense of humor that was much appreciated by her friends and family. She was always approachable, and made friends wherever she went. She will be missed and can never be replaced.        Survivors: In addition to her sons, William P. "Bill" Cranz Jr. and his wife, Alice, Edmund P. "Penn" Cranz and Philip S. Cranz and his wife, Araceli, Jane is survived by her grandchildren, William P. Cranz III, Courtney Frances Madden and her husband, John, Edmund P. Cranz Jr., Jonathan Cranz, Jane Sloan Cranz, Alex Cranz and Peter Cranz; and great-grandchildren, David and Robert Cranz, and Kate, Jack and Elizabeth Madden. Robertson Mueller Harper Funerals & Cremations 1500 Eighth Ave., 817-924-4233

The family of JANE CRANZ created this Life Tributes page to make it easy to share your memories.