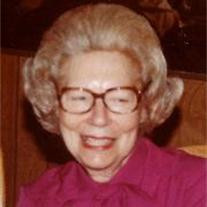 ???FORT WORTH -- Jessie "Jessica" Falkowitz Dworkin, 95, a loving wife, mother, sister and aunt, died Friday, June 30, 2006, at a local care center. ??? Graveside service: 10 a.m. Monday in Ahavath Sholom Cemetery, 411 N. University Drive. Rabbi Sidney Zimelman will officiate. Burial: Following committal prayers, Jessie will be laid to rest next to her husband, Max, in the cemetery. Visitation: For religious reasons, she will not lie in state. Her family will sit shiva privately. ??? Memorials: Mrs. Dworkin's family suggests that, in lieu of flowers, friends may honor her memory by making contributions to Congregation Ahavath Sholom; to Vitas Hospice; or to a charity of choice. ??? Born on April 1, 1911, in Silsbee, Jessie Falkowitz was the daughter of Ben and Minnie Melman Falkowitz. She was a graduate of high school in Beaumont where she lived for 15 years before moving to Dallas. While in Dallas, Jessica, as she was known to friends, met Max Dworkin of Fort Worth. The couple married in 1943. Mr. Dworkin died in 1960. ??? Jessica worked in the handbag department at R.E. Cox & Co. for eight years before being recruited by Neiman Marcus. While at Neiman's, she won the company's most prestigious award, the Golden Stallion Award, before retiring in 1983. ??? Mrs. Dworkin was a 63-year member of Congregation Ahavath Sholom. ??? A carer, herself, for seriously ill relatives, her family wishes to extend special thanks to the staffs of Community Care Center of Fort Worth and to Vitas Hospice. ??? Survivors: Son, Gary P. Dworkin of Fort Worth; and several nieces and nephews. Robertson Mueller Harper Funerals & Cremations 1500 Eighth Ave., 817-924-4233

The family of JESSIE DWORKIN created this Life Tributes page to make it easy to share your memories.