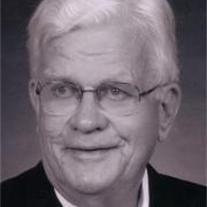 FORT WORTH -- John Edward Bratten, 82, beloved husband, father, brother and friend to many, died Thursday evening, June 14, 2007, while participating in his favorite summer pastime, the Thursday Night Trinity 5000 Run along the Clear Fork of the Trinity River. Funeral: 3 p.m. Wednesday, June 20, in the sanctuary of St. Stephen Presbyterian Church. The Rev. Frederick Field Ritsch III will officiate. A reception will be held in the church parish hall immediately afterward. Visitation: He will lie in state 9 a.m. to 5 p.m. Tuesday in the Drawing Room at Robertson Mueller Harper. His family will receive friends 6 to 8 p.m. Tuesday at the home of his daughter, Adelaide and her husband, Tom Leavens. Burial: Following military honors at 11 a.m., Tuesday, June 17, John will be laid to rest in Arlington National Cemetery, Arlington, Virginia. Memorials: Consideration of contributions, in lieu of flowers, to the St. Stephen Kitchen Fund or the St. Stephen Special Music Fund, 2700 McPherson, Fort Worth, Texas 76109, to Camp Fire, Boy Scouts or Carter Blood Center, 2205 Highway 121, Bedford, Texas 76021, in memory of John, is suggested. A native of Fort Worth, John was born Aug. 11, 1924, to Ruth and Philip M. Bratten. He attended Lily B. Clayton Elementary, Stripling Junior High and Arlington Heights High School before moving with his family to Dayton, Ohio, where he graduated from Oakwood High School. In 1944, he enlisted in the U.S. Army as a member of K Company, 333rd Infantry, 84th Infantry Division. He served as the commander's radioman as detailed in the book "The Men of Company K, An Autobiography of a World War II Rifle Company." The 84th Infantry Division was one of several units brought forward during the Battle of the Bulge in 1944 to thwart the Germans drive toward Antwerp and Bastogne. John deeply valued the relationships he formed with the men in Company K, based on a recognition that each was dependent upon the other for their survival. He maintained these friendships through reunions and even corresponded with retired German Field Marshal Hasso Von Mantueffel, who commanded his troops in the center of the Bulge. John was relieved of infantry duty with trench foot, earning the Purple Heart and Bronze Star. At home, he was a quiet hero about his time spent in the war, relating none of the horrors, but many of the entertaining stories of correspondence with his family at home. After the war, John attended the University of Dayton and Drexel Institute of Technology and graduated from Cornell University. At Cornell, he was manager of the men's lacrosse team. He was introduced to his wife of 53 years, Meta Alice Keith, after returning to Fort Worth. They married May 28, 1954, at St. Stephen Presbyterian Church. Until his retirement in the late 1980s, John served as general manager for Cummins Lighting Center. His office at the store on the West Freeway was a treat for his children to visit on Sundays, with sugar cubes in the refrigerator, a massive dark warehouse and hundreds of twinkling light fixtures waiting to be illuminated. As a member of St. Stephen Presbyterian Church, John was an ordained deacon (elder). As a devoted member of the Fort Worth volunteer community, he served on the boards of the Texas Boys Choir and Camp Fire. He was a member of the Tarrant County Cancer Society, American Heart Association and the United Way. Devoted to his fraternity, Phi Gamma Delta, he served as section chief for TCU, SMU, UTA and Texas Tech. A longtime member of the Westside Rotary, he proudly took his daughter to their lunch meetings where he passed on his sincere commitment to duty, volunteerism and the value of friendships. During his children's teenage years, he committed his time to his son Keith's Boy Scout Troop 400, earning the Silver Beaver Award, the District Award of Merit and a member of the Order of the Arrow. "Fat Fox" enjoyed campouts, cooking in a Dutch oven and chicken survivals. He encouraged Keith's and Adelaide's interest in running track by building a long jump sand pit in the back yard. It was his desire that they learn a field event to "pick up a few extra points" in meet competition. The sand pit was covered with turf soon after John sprained his ankle during a demonstration jump. John and Meta Alice became surrogate parents to many on the Paschal and Texas A&M track and cross-country teams. They both began participating in local races, collecting hundreds of trophies for their age-group wins. Recent volunteer activities centered around his support for the local running community, spending many hours each February at registration for The Cowtown. Also, since 1981 he had presented an award recognizing outstanding achievement within the Texas A&M Corps of Cadets. One of John's proudest accomplishments was his commitment to regular blood donations. At the time of his death, he had donated 27 gallon over the past 23 years. After retirement, John and Meta Alice explored the world by rebuilding adobe villages with Elder Hostel, planting trees in Yellowstone National Park and joining local tour groups for travels from Las Vegas to Turkey. For many years, John spent three weeks in May at LaValle University in Quebec City studying the French language. His love of travel returned to its roots with a family trip to Deer Valley Ranch in Colorado where he spent his 80th birthday camping on Mount Antero, which he had summited many years before. He was preceded in death by his parents and his sister, Virginia "Sue" Adams. Survivors: Wife, Meta Alice Keith Bratten; son, Keith Bratten; daughter and son-in-law, Adelaide and Tom Leavens; sister-in-law and brother, Barney and Robert Bratten; and many cousins, nieces and nephews.Robertson Mueller Harper Funerals & Cremations 1500 Eighth Ave., 817-924-4233

The family of JOHN BRATTEN created this Life Tributes page to make it easy to share your memories.