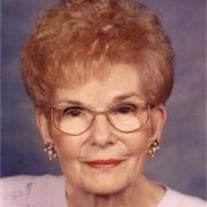 WEATHERFORD -- Joy Elaine Edwards Casteel, 88, died peacefully Wednesday morning, Oct. 3, 2007. Funeral: Visitation and services were held in Doniphan and Ponder, Mo. Memorials: Consideration of contributions to a charity of one's choice, in memory of Joy, is suggested. Born in Ponder, Mo., on Jan. 1, 1919, Joy Elaine was the daughter of Ben and Ona Tyson Edwards. She lived in Fort Worth for 50 years before moving to Weatherford to be closer to her daughter. Joy had worked for General Dynamics and Bell Helicopter until retirement. Following retirement, she became a 15-year sales associate with Dillard's. While in Fort Worth, Joy was a member of West Berry Church of Christ, now University Church of Christ. She became a member of North Main Church of Christ after moving to Weatherford. Survivors: Her daughter, Sharon Casteel Erwin and her husband, Larry of Weatherford; grandchildren, Dale Erwin and his wife, Jennifer of Fort Worth and Christopher Erwin and Stephen Erwin and his wife, Yvonne, all of Weatherford; great-grandchildren, Leslie Elaine, Joshua, Caleb and Micah Erwin; sister, Fay Edwards Green of Ponder, Mo.; and several nieces and nephews. Robertson Mueller Harper Funerals & Cremations 1500 Eighth Ave., 817-924-4233

The family of JOY CASTEEL created this Life Tributes page to make it easy to share your memories.