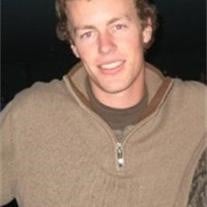 Memorials: Donations in his name may be made to Real Choices Medical Clinic, 1650 West Northwest Highway, Suite 103, Grapevine, Texas 76051.        James was born April 14, 1986, in Edmonds, Wash., and died July 22, 2009, in Dallas. He lived in Ramstein Germany from '86 to '89, O'Fallon, Ill., '89 to '94, Tucson, Ariz., '94 to '99, and Keller, '99 to '09. He graduated from Keller High School in 2004 and graduated from Texas Tech 2008, summa cum laude. He was employed by Price Waterhouse Coopers in Dallas from 2008 to 22 July 22, 2009.        Jim had the rare ability to make those around him feel immediately comfortable. He was selfless with his time, and was constantly helping his friends with their cars, learning to cook, and even with their homework. His humor and lively spirit drew people to him, and once he had met someone, he considered them friends. Jim enjoyed traveling, and had a sense of ambition that drove him to be successful in everything he did. He was loved deeply and greatly, and will be missed by all.        For I am convinced that neither death nor life, neither angels nor demons, neither the present, nor the future, nor any powers, neither height nor depth, nor anything else in all creation, will be able to separate us from the love of God that is in Christ Jesus our Lord. Romans 8:38-39.        Survivors: His immediate family, Robert, Sally, Sarah and Peter Anderlitch; grandparents, Berkley and Eleanor Larson, and Robert Jackson; other family members including, Nancy, Adam and Zachary Thamel, Vince, Silke, Berkley, and Ursula Larson, Jeffrey, Vonnie, Emily, and Lukas Jackson, Mark Jackson, Karleen and John Roberts; and countless friends and relations.

The family of James Anderlitch created this Life Tributes page to make it easy to share your memories.

Memorials: Donations in his name may be made to Real Choices...