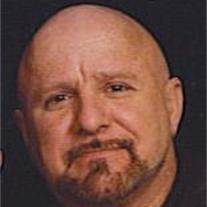 WATAUGA -- Jerry Dane Sanders, 58, passed away Saturday, Oct. 27, 2007, with his loving wife by his side. Celebration of Life Visitation: 10 a.m. to noon Saturday, Nov. 3, at Windview Estates Clubhouse, 4103 Windermere Court, Colleyville. Memorials: Cancer Care, 623 S. Henderson, Fort Worth, Texas 76104. Jerry Dane Sanders was born in Decatur, Ill., on Sept. 9, 1949. He graduated from Indiana University in 1973 with a bachelor of science in art education. In 1974, Jerry started his first monumental sculpture. Being unable to raise enough capital for such a sculpture, he decided to set up a Sculpture for Indianapolis Project. Jerry personally raised over $20,000 in services and materials. After 2 1/2 years of hard work, he constructed a 22-foot, 10,000-pound steel sculpture, "Quaestio Labrae," which is Latin for "Question of Balance." This was a sculpture that was being done for his master's thesis at Indiana University. It was installed in front of the City County Building in August 1975. This was the first major contemporary sculpture to be placed in the city of Indianapolis. Jerry moved to Fort Worth in August 1978. After living in Fort Worth for only one year, Jerry decided to do another monumental sculpture project, only this time he wanted someone to benefit from all the effort it takes to run a project like this, not to mention the actual construction of a 30-foot, 10-ton stainless steel sculpture. Some 30 different businesses and art patrons contributed to this unusual endeavor. After touring the sculpture to five cities, Fort Worth, Dallas, San Antonio, New Orleans and eventually the Art Expo in Chicago, the sculpture, "Motion II," was sold to Hunt Properties Inc. of Dallas. The profits were given to the Fort Worth Children's and the Cook Children's hospitals and the Muscular Dystrophy Association. Jerry worked for over 29 years as an artist-sculptor with over a decade of teaching experience at the high school and college level. Trammell-Crow, Hunt Properties, Shell Oil, Frito-Lay and Pepsico own and display his sculptures. In addition, his sculptures are exhibited at Milan Gallery in Fort Worth and Southwest Gallery and American Fine Arts in Dallas. Visit Jerry's website at www.jerrydanesanderssculpture.com Jerry was preceded in death by his mother, Gloria. Survivors: Wife, Julie Addison; daughter, Dana Sanders of Columbia, S.C.; dad, Norm Sanders of Newburgh, Ind.; brother, Jeff Sanders of Vincennes, Ind.; sisters, Sherry Carter of Vincennes, Ind., and Jamie Lafaso of Brampton, Ontario; six nieces and nephews; and one great-niece.

The family of Jerry Sanders created this Life Tributes page to make it easy to share your memories.