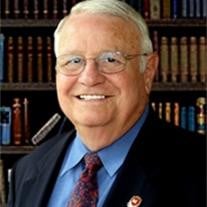 Memorials: In lieu of flowers, please send memorial to the John Walker Trigg Memorial Fund at the Louisiana Tech Foundation, Box 3183, Ruston, La. 71272 Donations may also be made at starturl.com/JohnWalkerTrigg.        He was born in 1931 in Shreveport, La., but was proud to be from Cedar Grove. He thrived at C.E. Byrd High School, where he was an All-City and All-State guard on the 1949 state champion Yellow Jacket football team. He also was a standout in JROTC and commanded the Byrd High School cadet corps. He was subsequently appointed the first cadet colonel and commanded the combined Byrd and Fair Park high school cadet corps. He enlisted in the U.S. Army in 1951 and was commissioned an officer at Engineer OCS. He served with engineer units in France and the United States.        Leaving the Army, he married Sarah Bethe Word. He received a BS in civil engineering from Louisiana Polytechnic Institute in 1961. For much of his post-military career, he worked as a sales engineer in Texas and Louisiana. John and Bethe settled in Grapevine in 1989.        John's work required him to travel for much of his career. While he regretted being absent from his children's lives during much of the workweek, he always made it a point to be there for everything that mattered. He was a rabid football/baseball fan and avid golfer. He was also a lifelong student of military history and you could often find him with a big book or enjoying the History Channel. When he could manage to get a word in edgewise during family discussions, he was known to use the phrase "I know I've probably told you this story before...," whereupon you'd hear the story anyway. John enjoyed international travel, but also enjoyed long drives. This was a good thing since family vacations often started with an early morning "Everybody UP UP Up UP UP!" followed by drives of 10 to 15 hours! Who knows if we'll be anywhere on time now?        Survivors: Wife, Bethe Word Trigg; sister, Jude Greber Aiken; son, John Mendel Trigg and wife, Susan; daughter, Ginger Moore and husband, Jimmy; grandchildren, Jon Paul, Lauren and Kelly Sullivan, and Magdalena, Patrick and Evangeline Trigg; and great-grandchild, Kelsey Barrett.

Memorials: In lieu of flowers, please send memorial to the John Walker Trigg Memorial Fund at the Louisiana Tech Foundation, Box 3183, Ruston, La. 71272 Donations may also be made at starturl.com/JohnWalkerTrigg.        He was born in 1931... View Obituary & Service Information

The family of John Trigg, created this Life Tributes page to make it easy to share your memories.

Memorials: In lieu of flowers, please send memorial to the John...