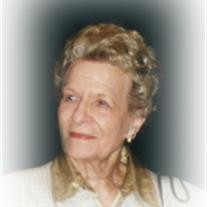 FORT WORTH -- Kathryn Marie Granger Harper Lasater died peacefully Monday morning, March 15, 2010, early in her 88th year.        Service: A celebration of Katie's life will be held at noon Thursday at Arborlawn United Methodist Church, 5001 Briarhaven Road, the Rev. Ben Disney officiating. She will be laid to rest privately between her husbands, E.C. Harper Jr. and George Henry Lasater, in Greenwood Memorial Park. Bearers of their grandmother's casket will be Kevin DuBose, Nick Harper, Joe Krajca, Arthur Borman, Kurt Wiegand and Rogers' Powell. Visitation: Katie will lie in state Wednesday at Robertson Mueller Harper where family and friends will be received in the Great Room from 5 to 7 p.m.        Memorials: Consideration of contributions to James L. West Special Care Center, 1111 Summit Ave., Fort Worth, Texas 76102, honoring Katie's memory, is suggested.        A native and lifetime resident of Fort Worth, Kathryn was born Feb. 17, 1923, the daughter of W.J. and Florence Wallace Granger. Called "Katie" by family and friends, she was a 1940 graduate of R.L. Paschal High School. After a brief stint at the "Soda Fountain" at her father's Ballinger Street Pharmacy, she married E.C. Harper Jr., a partner with his father, at Robertson Mueller Harper Funeral Directors, in 1946.        Katie was active in various organizations, including the Junior Woman's Club and the Woman's Club of Fort Worth. She was a former member of University Christian Church. Her greatest fondness and devotion were to faith, family and friends.        As a golfer, she enjoyed her memberships in Colonial Country Club and Shady Oaks Country Club, where she was an active member of the Ladies Golf Associations. Katie played card games of all kinds with friends and family and always liked a good joke.        Following the death of E.C., who died in 1970, she married George Henry Lasater in 1977, owner of Texas Greenhouses. Prior to his death in 1984, Katie and George traveled and enjoyed life together. They spent time at George's place on Eagle Mountain Lake and were members of the Petroleum Club of Fort Worth where they loved to dine and "dance the night away."        Her family wishes to express sincere appreciation to Dr. Janice Knebl and her associates, to the staff at Trinity Terrace and to the caregivers at James L. West for their many kindnesses and care throughout the last years of Katie's life.        Known as Kathryn, Babe, Katie, Mother, Nana and Grandmother Katie, she was preceded in death by her parents; husbands, E.C. and George; and brothers, J.W. and W.H. "Bill" Granger.        Survivors: In addition to her children, Harriett Harper DuBose, Pam Harper Moore and her husband, Mike, Debbie Harper Feld and her husband, Eddie, and E.C. "Trey" Harper III and his wife, Becky, all of Fort Worth, Katie is survived by her grandchildren, Carole DuBose Krajca and her husband, Joe, Kevin DuBose and his wife, Cari, Mindy Moore Borman and her husband, Arthur, Ashlee Moore Wiegand and her husband, Kurt, Hailee Moore Powell and her husband, Rogers', Harper Feld, Hilary Harper and Nick Harper; great-grandchildren, Granger Krajca, Parker and Caroline DuBose, Jack and Avery Borman, Marie and Laura Powell and Chloe and Addison Feld; sister-in-law, Martha May Granger; brother-in-law, Jeri L. Harper and his wife, Jan; and nieces and nephews and their families. Robertson Mueller Harper Funerals & Cremations 1500 Eighth Ave., 817-924-4233

The family of KATHRYN HARPER LASATER created this Life Tributes page to make it easy to share your memories.