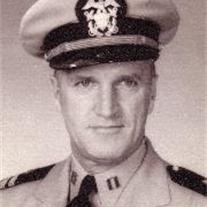 FORT WORTH -- Lawrence Andrew Hanley, 92, retired head of the Department of Music Education at Texas Christian University, died peacefully Tuesday evening, March 7, 2006, at a local hospital. ??? Funeral: Private services to be held in the mausoleum in Kinkead Cemetery, Alexandria, Minn. ??? Born Aug. 8, 1913, in Chisholm, Minn., Lawrence Andrew Hanley was the son of Frederick Paul and Barbara Renner Hanley. He was the third of five children. ??? After earning a bachelor of arts degree in music education at the University of Minnesota, Lawrence met Kathleen "Kay" Kolstad in St. Cloud, Minn. The couple were married Aug. 2, 1940. Lawrence continued his education, earning a master of arts degree in music from the Eastman School of Music in Rochester, N.Y., and later a Ph.D. in music from the University of Colorado in Boulder. ??? Soon after the beginning of World War II, Lawrence enlisted in the U.S. Navy, serving as a lieutenant on a supply ship in the Pacific theater. In 1953, the couple and their son, Dick, moved to Fort Worth, where Lawrence taught in the music department at TCU. He was the first president of the National Music Educators Association and was an active member of the Southside Rotary Club of Fort Worth. ??? In additions to his parents and siblings, Lawrence was preceded in death by his son. ??? Survivors: Wife of 65 years, Kathleen "Kay" Hanley of Fort Worth; brother, Willard "Bill" Hanley of Carlsbad, Calif.; and other relatives and friends. Robertson Mueller Harper Funerals & Cremations 1500 Eighth Ave., (817) 924-4233

The family of LAWRENCE HANLEY created this Life Tributes page to make it easy to share your memories.

FORT WORTH -- Lawrence Andrew Hanley, 92, retired head of the...