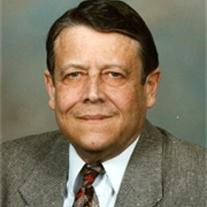 FORT WORTH -- Leonard Lee Stroup, 69, died peacefully Wednesday morning, July 9, 2008. Memorial service: 2 p.m. Saturday in the chapel at Robertson Mueller Harper. Memorials: In lieu of flowers, consideration of contributions to Christ's Haven for Children, 4150 Keller-Haslet Road, Keller, Texas 76248, or the World Bible Translation Center, 4028 Daley Ave., Fort Worth, Texas 76180, in Lee's memory, is suggested. Lee was born in Fort Worth on Sept. 7, 1938, to Howard Daniel and Elizabeth Hughes Stroup. He married Beth Park in 1964, and the couple soon moved to Weatherford, Okla., where he attended Southwestern Oklahoma State University College of Pharmacy. Lee graduated in January 1970 and the couple returned to Fort Worth where he worked as a pharmacist until his retirement in 2001. He was a member of Rosemont Church of Christ for over 30 years, serving as a deacon for many years. He was devoted to his family and his church. Survivors: His wife of 43 years, Beth; and children, Lisa Stroup and Leigh Anne Stroup Jones and her husband, Brian.Robertson Mueller Harper Funerals & Cremations 1500 Eighth Ave., 817-924-4233

The family of LEONARD STROUP created this Life Tributes page to make it easy to share your memories.