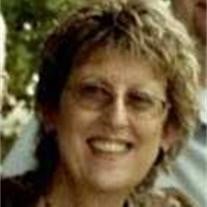 FORT WORTH -- Lynn Lawrence Taurog, 60, died peacefully Friday morning, April 13, 2007, after a courageous battle with cancer while surrounded by her devoted family. Funeral: 2 p.m. Sunday in the sanctuary at Beth-El Congregation, 4900 Briarhaven Road. Burial: Lynn will be laid to rest beside her husband, Barry, in the Beth-El Section of Greenwood Memorial Park. Minyan services will be held at the residence Sunday, beginning at 4:30 p.m. Memorials: Consideration of contributions, in lieu of flowers, to the Susan G. Komen for the Cure or Senior Citizen Services. A native of Bloemfontein, South Africa, Lynn was born May 20, 1946, the daughter of Ralph and Ruth Ray Lawrence. Lynn's family moved to Kroonstad while she was still a baby before moving to Johannesburg. She and her husband, Barry, whom she married in 1967, moved to Fort Worth in 1980 with their three children. Mr. Taurog died in February 2007. Lynn was a loving wife and mother. She, like her husband, was a longstanding member of the Chevra Kadisha Committee of Congregation Ahavath Sholom, performing the Tahara, the ritual washing of the dead. Survivors: Children, Lisa, Caryn and Marc Taurog; brother, Leonard Lawrence and his wife, Ilana; brothers-in-law, Ronnie Taurog and his wife, Barbara, and Alan Taurog and his wife, June; and nieces and nephews, Romi, Doryn, Melissa, Stefan, David, Bradley, Gregory and Justin.Robertson Mueller Harper Funerals & Cremations 1500 Eighth Ave., 817-924-4233

The family of LYNN TAUROG created this Life Tributes page to make it easy to share your memories.