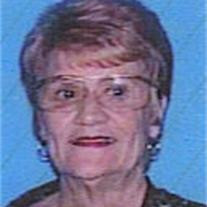 BEDFORD -- Linda Travis passed away Saturday, Aug. 2, 2008, in Arlington after a lengthy illness. Funeral: 11 a.m. Wednesday at Lucas Funeral Home, 1321 Precinct Line Road, Hurst. Interment: Hollywood Memorial Cemetery in Florida, with Fred Hunter Funeral Home in charge. Visitation: The family will receive friends 6 to 8 p.m. Tuesday at Lucas Funeral Home, Hurst. Memorials: In lieu of flowers, the family suggests donations to the American Lung Association in memory of Mrs. Travis. Mrs. Travis was born April 15, 1941, in Hollywood, Fla. She was the daughter of M. James Lane and Mrs. Ann Budding and spent her childhood in Hollywood, Fla., and Washington, D.C. She was a longtime employee of Delta Air Lines in Miami, Denver and Dallas-Fort Worth before retiring in 1996. Always a very active person, Mrs. Travis began a second career with Merck & Co. and retired again in 2003. Mrs. Travis was known for her strength of character in the face of adversity and her loving kindness to friends and family. To her children, she was the mother they could always rely on. To her grandchildren, she will always be Mimi, that special person who will forever remain in their hearts. She was predeceased by her father, James Lane, and her brother, Larry Lane. Survivors: Her mother, Mrs. Ann Budding of Bedford; her daughter, Pamela Lowe of Aurora, Colo.; her son, David Lowe and wife, Michele, of Wellington, Fla.; her daughter, Teri Brooks and husband, Scott, of Bedford; six grandchildren; and one great-grandson.

The family of Linda Lane Travis created this Life Tributes page to make it easy to share your memories.