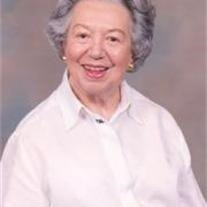 FORT WORTH -- Marcia Ann Newbill Fender, 84, died Thursday, Jan. 25, 2007. Memorial service: 4 p.m. Tuesday, First Presbyterian Church of Fort Worth, 1000 Penn St. Burial: Following a private interment, she will be laid to rest with Ernest in Oakwood Cemetery. Visitation: Mrs. Fender will not lie in state. Memorials: The family respectfully requests that, in lieu of flowers, memorials in her name be made to the Childrens Education Program for Bass Hall; Historic Fort Worth; the Memorial Fund at First Presbyterian Church; or a charity of choice. Marcia Ann Newbill Fender was born in Oklahoma City on July 3, 1922. The daughter of Bess Stewart and Harry Newbill, Marcia grew up in Oklahoma City, a place she held dear in her heart. Throughout her life Marcia visited the city regularly and remained close to her childhood friends. Her mother was a descendant of an early Oklahoma pioneer family and her fathers family was a member of the First Families of Virginia. Marcia Fender attended Barnard College in New York City, Pine Manor College in Chestnut Hill, Mass., and graduated from the University of Oklahoma with a bachelor of arts in 1943. Marcia Fender became a permanent Fort Worth resident shortly after marrying J.E. Fender Jr. in 1950. Marcia and Ernie moved into their house at the corner of Crestline and Hillcrest in 1954 where they became neighborhood fixtures and lived out their lives. Marcia was very active in community affairs. She was a past president of the following organizations: Junior League of Fort Worth, the Arts Council of Tarrant County, the Lecture Foundation, the Assembly and the Jewel Charity Ball. She was a co-chairman of the grand opening of Dallas/Fort Worth International Airport. She was a member of First Presbyterian Church of Fort Worth, the Fort Worth Garden Club, River Crest Country Club and the Fort Worth Club. Marcia enjoyed traveling, playing golf and playing cards, rarely missing the Tuesday poker game she had been a part of for the past 50 years. The family would like to express its deepest gratitude to Marcias devoted caregivers of the past few years, Doris Dorsey and Melissa Dorsey. The family also wants to thank the caregivers of Vitas Hospice for the comfort they provided in her final days. Mrs. Fender was preceded in death by her husband, James Ernest Fender Jr., a longtime Acme Brick executive and Southwestern Exposition and Stock Show board member; and her niece, Gage Fender Brown. Survivors: Mrs. Fender is survived by her first cousin, Rex Darnall of Kansas City, Mo.; her devoted nephew, Ames Fender and his wife, Sarah Walls of Fort Worth; nephew, Martin Fender and his wife, Melissa of Arlington; nephew, Wyatt Fender of Houston; and numerous great-nieces and nephews. Robertson Mueller Harper Funerals & Cremations 1500 Eighth Ave., 817-924-4233

The family of MARCIA FENDER created this Life Tributes page to make it easy to share your memories.