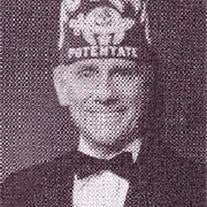 ???FORT WORTH -- Martin Wayman "Marty" McAllister, 75, died Thursday morning, June 22, 2006, of congestive heart failure. ??? Funeral: 11 a.m. Saturday in the sanctuary of Christ Chapel, 3740 Birchman Ave. The Rev. Dr. Ted Kitchens and the Rev. Dr. Jim Boyd will officiate. Burial: Following the service at the church, Marty will be laid to rest in Greenwood Memorial Park. ??? Bearers of his casket will be Bob Brennand, John Dieb, Walter Echols, Bob Harder, Harold Hoyler, Dan Jenkins, Thomas Jack Kell III, Cecil Morgan, Bill Northern and Jim Rich. Honorary bearers will be Moslah Shrine Patrol, past potentates of Moslah Shrine, Fort Worth Court #32 R.O.J., members of Baylor All Saints C.R.C., known as the "Magnolia Mafia" and the "Jack Tinsley Weekly Poker Vandals." ??? Memorials: Mr. McAllister's family suggests that friends may honor his memory by making contributions to All Saints Health Foundation Carter Rehab Fitness Center, 1400 Eighth Ave., Fort Worth, Texas 76104; Paschal Alumni Association, Box 11876, Fort Worth, Texas 76110; or Shrine Hospitals, in care of Moslah Hospital Fund, Box 1320, Fort Worth, Texas 76101. ??? Marty was born Nov. 9, 1930, in Fort Worth to Thomas U. and Elizabeth G. McAllister, both deceased. ??? Growing up on Fort Worth?s south side, a wide-ranging area for which he was forever nostalgic about every part, he was a product of Daggett Junior High and Paschal High School. He graduated in 1949 from Paschal, where he lettered two years in basketball under Coach Charlie Turner and lettered one year as a cheerleader. Since 1994, Marty served as president of the Paschal Alumni Association, and was still serving in that office at the time of his death. ??? He graduated from Texas A&M in 1954 with a degree in architectural construction. While at A&M, Marty held a post on the Dean?s List for two years and served as president of the student chapter of the Association of General Contractors. ??? After graduation from A&M, he returned to Fort Worth and went to work for Childs Construction Co., a commercial general contractor. He was associated with the company for the next 51 years, retiring in October 2005. He worked closely on many notable construction projects in Fort Worth through the years, a few of which were Colonial Country Club in 1956, River Crest Country Club in 1983, First National Bank in 1959, the Tandy residence designed by I.M. Pei in 1967, the Rosenthal residence in 1987, the Lasater residence in 1994 and Ridglea Country Club in 2001. All of these projects afforded Marty great pleasure and countless recollections. ??? Serving as president of the Fort Worth Chapter of the Associated General Contractors in 1981 and 1982, he was honored as Man of the Year in 1982. During his tenure as president, the organization built a new building and Marty was instrumental in its construction. ??? Marty was a member of the Polytechnic Lodge #925, a past potentate of the Moslah Temple, A.A.O.N.M.S. He was also a past director of Fort Worth Court #32 R.O.J., Red Cross of Constantine and a 32nd Degree Scottish Rite Mason. ??? Fort Worth was Marty?s home for all of his 75 years, and he loved everything about it, particularly the humor, the memories and his numerous friendships. He acquired many old and new friends, fraternal and business, and he treasured each of them. He will always be remembered for his integrity, loyalty, laughter, good nature and loving spirit that he shared with his family and host of friends. ??? Survivors: Wife, Jeffrey Kelly McAllister; children, Martin W. McAllister Jr., Wayman McAllister and his wife, Natalie, Matthew "Matt" McAllister and his wife, Sandy, Jennifer Johnson and her husband, Eric, and Mitchell Nelson; grandchildren, Erica, Abigail and Jeffrey Johnson; brother, Tommy Mcallister and his wife, June, of Ruidoso, N.M.; sister, Fran Kemp and her husband, Jerry, of Denver, Colo.; niece, Roberta McAllister; and cousins, Carol and Burt Weeman and Sue and Ken Moffet. Robertson Mueller Harper Funerals & Cremations 1500 Eighth Ave., 817-924-4233

The family of MARTIN “Marty” McALLISTER created this Life Tributes page to make it easy to share your memories.