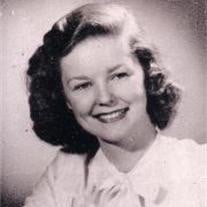 FORT WORTH -- Mary T. Duncan, 77, a devoted and much-loved wife, mother and grandmother, moved peacefully from this life to the next on Friday, June 15, 2007. Celebration of life: 2 p.m. Sunday, June 24, in the chapel at Robertson Mueller Harper. The Rev. James T. Horton and Dr. Roy S. Martin will co-officiate. Visitation: Her family will receive friends immediately following the service. In accordance with Mary's wishes, her body was willed to the University of Texas Southwestern Medical Center in Dallas. Memorials: Consideration of contributions, in lieu of flowers, to the Humane Society of North Texas, 1840 E. Lancaster Ave., Fort Worth, Texas 76103-2196, 817-332-4768, www.hsnt.org., in memory of Mary, is suggested. Mary was born Nov. 21, 1929, in Washington, DC, the only child of James Marshall and Emma Bessie (Anderson) Hamilton. Mr. Hamiltons management position with the U.S. Census Bureau required the family to move frequently. By the time she enrolled in high school, Mary had attended close to 80 different schools, an unusual situation that prompted one newspaper to feature her in a human interest story. Her fathers last assignment brought the family to Fort Worth where they bought their first house. A 1946 graduate of R.L. Paschal High School, she attended TCU from 1946 through 1948. On Dec. 19, 1948, Mary and Forrest Edwin Duncan were married at St. Johns Episcopal Church in Fort Worth. This union lasted 54 years until Forrests death on Aug. 5, 2003. She was among many local residents that contracted polio in the epidemic in 1951. During that time, Marys condition became so critical that she required treatment in an iron lung. Despite having to use a wheelchair and crutches after her hospital release, she went on to lead a very active life as a homemaker, mother, and a community volunteer. While living in Lubbock in the early 1960s, Mary continued her education at Texas Technological College (now Texas Tech University). Despite the challenges of attending classes in buildings not easily accessible to her physically, she excelled in her upper-level literature and history courses. In 1979, Mary began work for General Services Administrations (GSA) Federal Supply Service in downtown Fort Worth and eagerly met the challenges of a new career with the same interest, energy, and enthusiasm that she approached other life activities. She advanced to the position of Contract Specialist and remained with GSA for 14 years. Returning home from work in January 1993, Mary was involved in a serious car wreck that left her with a broken neck requiring surgery and several months of hospitalization and rehab. Displaying her usual tenacity and determination, Mary fought back and was able to return to the majority of her former activities. However, continuing health issues ultimately led her to take an early retirement in Dec. 1993. Mary was known for her culinary skills and her ability to grow exquisite African violets. She enjoyed reading mysteries, collecting cookbooks, shopping, attending exhibits at the Kimbell Art Museum, closely following world and national events, and being with family. Above all, Mary leaves as her legacy evidence of what can be accomplished through courage, determination, and pragmatism. To the end, she remained resolute and fiercely independent in making her own decisions. The family wishes to thank Ora Johnson for her friendship and devotion to Mary since 2003, and Jessie Bee and Laura Ringer for their dedicated service in assisting Mary during the past year. The greatest discovery of our generation is that human beings can alter their lives by altering their attitudes of mind. As you think, so shall you be. William JamesSurvivors: Daughters, Sylvia Chinworth and her husband, Trace, and Sheryl Becan and her husband, Anthony; grandchildren, Stuart Chinworth, Megan Chinworth, Trent Becan and Tierney Becan; close friend and personal assistant, Ora Johnson, all of Fort Worth; brother-in-law, W.S. "Bill" Duncan and his wife, Alice, of Darien, Conn.; cousins, Dr. Russell Anderson and his wife, Maxine, of Ypsilanti, Mich., and Carlton Jay Anderson Jr. and his wife, Peggy, of Weston, Conn.; and many other relatives and friends.Robertson Mueller Harper Funerals & Cremations 1500 Eighth Ave., 817-924-4233

FORT WORTH -- Mary T. Duncan, 77, a devoted and much-loved wife, mother and grandmother, moved peacefully from this life to the next on Friday, June 15, 2007. Celebration of life: 2 p.m. Sunday, June 24, in the chapel at Robertson Mueller... View Obituary & Service Information

The family of MARY DUNCAN created this Life Tributes page to make it easy to share your memories.