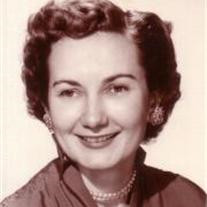 FORT WORTH -- Mary Lee Lockhart Hart, a devoted wife, mother and grandmother, died peacefully Friday afternoon, Aug. 10, 2007, at home, surrounded by her family. Funeral: 2 p.m. Monday in the Mary Leonard Chapel of First United Methodist Church of Fort Worth, 800 W. Fifth Street. The Rev. Dr. William Longsworth will officiate. Burial: Mary Lee will be laid to rest, privately, in Greenwood Memorial Park. Visitation: Her family will receive friends in Wesley Hall immediately following the service at the church. Memorials: Consideration of contributions to Cook Children's Medical Center, the American Cancer Society, the National Alopecia Areata Foundation or to a charity of one's choice, in memory of Mary Lee, is suggested. A native of Bolivar, in Denton County, Mary Lee was born Jan. 28, 1924, the daughter of Paul and Willie Cryer Lockhart. She was raised in Denton and attended the University of North Texas before marrying Ralph C. Hart. After moving to Fort Worth, Mary Lee became an active member in First United Methodist Church, the Woman's Club of Fort Worth and the Lecture Foundation. She was a longtime volunteer at Cook Children's Medical Center. She enjoyed spending time with her family, friends and church circle. She thought of others before herself, and was always there to help anyone in need, from her family and friends to the numerous charitable organizations that her life had touched over the years. Mary Lee was a gracious, elegant woman who will be remembered for her kind and gentle spirit, sweet smile and loving heart. Survivors: Her husband of 49 years, Ralph C. Hart of Fort Worth; son, David A. Hart and his wife, Andrea of Dallas; daughter, Susan Hart Thompson and her husband, Tracy of Knoxville, Tenn.; and grandchildren, Hunter Hart, Carson Hart, Parker Hart, Tye Thompson and Katie Thompson. Robertson Mueller Harper Funerals & Cremations 1500 Eighth Ave., 817-924-4233

The family of MARY HART created this Life Tributes page to make it easy to share your memories.