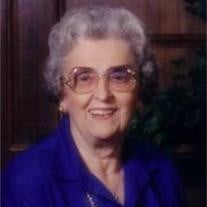 A native of Austin, Mary Elizabeth was born Sept. 19, 1914, the daughter of Ollie W. and Carrie Schermerhorn Hardy. She graduated from Texas Christian University with a bachelor's degree in English and the University of Texas at Austin, where... View Obituary & Service Information

The family of MARY JANSEN created this Life Tributes page to make it easy to share your memories.