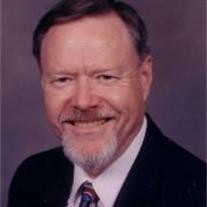 Meredith was born April 10, 1939, in Jacksboro to Creel Meredith and Helen Elizabeth Culwell Phillips. He married Barbara Jean Sutherland on Sept. 14, 1962, and enjoyed 44 years of marriage. Meredith graduated from R.L. Paschal High School in 1957 and from Texas Christian University in 1963 with a B.S. in physics and math. He taught math, earth science and physics for 30 years, including 26 years at McLean Middle School. While at McLean, he served as the science department chair, interdisciplinary team leader, producer of the talent show and a member of administrative policy committees. A new science wing was named in his honor in April 2004. Meredith was a member of the Texas Millionaires barbershop chorus, serving as director and assistant director, and a member of The Four of Us quartet for 26 years. During this time, he competed at the international level twice. As a faithful member of Southcliff Baptist Church for 36 years, he served as childrens choir director, deacon, choir and orchestra member, youth teacher, department director and greeter. Prior to this, Meredith served as interim music minister at College Avenue Baptist Church. His other interests included traveling, backpacking, ranching, remodeling projects, bragging about his grandchildren and helping those in need. He was a member of Julian Feild Lodge #908, A.F. & A.M. Survivors: Wife, Barbara of Fort Worth; daughters, Laura Leigh Phillips Higginbotham and her husband, Bryan, and Carrie Elaine Phillips Whitman and her husband, Mark; grandchildren, Timothy and Philip Higginbotham and Emily, Matthew and Andrew Whitman, all of Grapevine; and numerous aunts, uncles, cousins and friends. Robertson Mueller Harper Funerals & Cremations 1500 Eighth Ave., 817-924-4233

The family of MEREDITH PHILLIPS created this Life Tributes page to make it easy to share your memories.