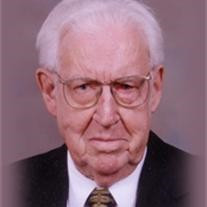 FORT WORTH -- M.E. "Chap" Chappell Jr. died peacefully at his home Friday morning, April 22, 2011, during his 100th year.        Service: 2 p.m. Tuesday in the Davis Chapel of the Intercession at First Presbyterian Church, 1000 Penn St., with the Rev. Dr. Karl Travis officiating. He will be laid to rest privately in Laurel Land Memorial Park next to his wife, Mary Catherine. Mr. Chappell will lie in state in the Drawing Room at Robertson Mueller Harper on Monday from 10 a.m. to 5 p.m. Visitation: Family and friends will be received in the church's concourse immediately after the service.        Memorials: In lieu of flowers, consideration of contributions to TCU Basketball, the First Presbyterian Church of Fort Worth or to a charity of one's choice, in his memory, is suggested.        Born Moses Ellsworth Chappell Jr. in Texarkana, Texas, on Jan. 03, 1911, he came to Fort Worth at the age of 3 with his parents, the Rev. Moses Ellsworth and Eugenia Buchanan Chappell. His father, a Presbyterian minister, was to become pastor of Hemphill Presbyterian Church.        Known as "Chap" by family, friends and teammates, he graduated from Central High School, now R.L. Paschal, and Texas Christian University where he lettered in basketball and baseball. He received his M.S. from TCU in 1932 and later studied accounting by correspondence and earned his CPA. At the time of his death, Chap was the longest living letterman at the university, where he was an avid sports fan and avid school supporter.        In 1933, he married the former Mary Catherine Sloan. They were married for 73 years before Mrs. Chappell's death in 2006 and were members of Hemphill Presbyterian and First Presbyterian Church of Fort Worth, where Mr. Chappell served as an elder.        M.E. was an accountant with Sid Richardson Company and Bass Enterprises and served on the boards of the Sid Richardson Foundation and Mel Wheeler Inc. He was a charter member and second president of the Petroleum Club of Fort Worth and was a charter member and won the first club golf championship at Ridglea Country Club.        Survivors: In addition to his daughter, Gretchen Chappell Cummings of Fort Worth, Mr. Chappell is survived by his grandsons and their wives, Charles Robert "Rob" Cummings and Karen, also of Fort Worth, and Richard Chappell "Rick" Cummings and Johana of Los Angeles, Calif.; grandsons, Eli Tanner Cummings, Sam Cummings and Max Blackwolfe; sister, Eugenia Chappell Dussourd of Buffalo, N.Y.; and nieces and nephews and their families. Robertson Mueller Harper Funerals & Cremations 1500 Eighth Ave., 817-924-4233

The family of MOSES CHAPPELL, created this Life Tributes page to make it easy to share your memories.

FORT WORTH -- M.E. &quot;Chap&quot; Chappell Jr. died peacefully at his...