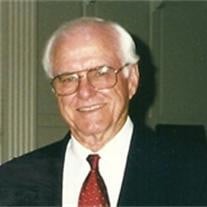 Norris Lewis Graham GRAPEVINE -- Norris Lewis Graham, 87, passed away at his home in Grapevine on Wednesday, May 25, 2011.        Funeral: 11 a.m. Saturday at First Baptist Church of Grapevine. Interment: Bluebonnet Hills, 5625 Colleyville Blvd. Visitation: 6 to 8 p.m. Friday at Lucas Funeral Home, 700 W. Wall St., Grapevine.        Memorials: The family requests that, in lieu of flowers, donations be sent to First Baptist Church of Grapevine or the National Parkinson Foundation, Box 5018, Hagenstown, Md. 21741.        Norris was born to Virgil and Ola Graham in Bunyan on March 24, 1924. Following his service in the Army Air Force during World War II, he moved to Grapevine where he joined his father in the grocery business. Norris was well known in the small farming community of Grapevine as a businessman and friend to many. He owned and operated Quick Way Grocery, which has survived the many years of change in this small town. With a business partner, he built two separate marinas on Grapevine Lake. Twin Coves, Silver Lake Marina and The Fishing Barge were well known. He was truly an entrepreneur and was involved in the start of several other small businesses and sold real estate.        Norris was a member of First Baptist Church. He was also a Master Mason and member of Masonic Lodge 288 in Grapevine and raised to the 32nd degree and the Scottish Rite of Freemasonry. He served on the Grapevine City Council from 1957 to 1960. His life centered around his family and the enjoyment of many family trips to the mountains of New Mexico and Colorado. He loved the great outdoors, where he enjoyed wing shooting over his dogs, fishing, and, of course, there was golf. After retirement, golf became his passion and he developed many lifelong friendships. He was always proud of finally being able to score his age at 72. He was a charter member of the Grapevine Golf Association and served as the second president of that organization.        Norris was a man who loved God, his family and his country.        We wish to thank Anna, Angela and Mellanie, and his niece, Kathy Denis, for their loving care at home. Also, American Hospice of Fort Worth.        Norris was preceded in death by his parents and a brother, JB Graham, of Ennis.        Survivors: His loving wife of 64 years, Ruby Crowley Graham; daughters, Linda and husband, David Harwell, of Waco and Gerrie and husband, Gregg Bewley, of Hamilton; grandchildren, Scott Graham of Austin, Holly and husband, Larry Torri, of Grapevine, Kurt Harwell and wife, Jen, of Waco and Lindsey and husband, Mitch Reese, of Denver, Colo.; and great-grandchildren, Baylee, Russell and Audrey.

The family of Norris Graham created this Life Tributes page to make it easy to share your memories.