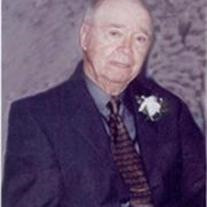 Phillip S. Ballweg, 90, a retired farmer, died Feb. 22, 2007. Phillip was a descendant of two Texas pioneer families, Patrick and Elizabeth Cully Day and Martin and Anna Giesregen Ballweg. Phil, the oldest child of Mabel Day and Leo Ballweg, was born in the Britton community on Aug. 14, 1916. Soon after, the family moved to a farm in the Webb community. where Phil grew up, attended school and began his career as a farmer. In 1951, he married Myra "Polly" Ashcraft, and they and their family lived on the farm for a number of years. On his retirement he continued to use his knowledge and love of growing things by raising a very large garden at his Mansfield home. He generously shared the produce with neighbors and friends. His great sense of humor was enjoyed by all who knew him. He enjoyed the fellowship of his friends by meeting them each day at the Mansfield McDonald's until his declining health prevented him from attending. He enjoyed sports, most particularly baseball, which he had played as a young man in the Webb community. He also enjoyed the multi-generational gatherings at Christmas, Thanksgiving and Easter at their home. One of his favorite gatherings was an annual fish fry for Fathers Day at his stepson James house. Phil has been blessed with a loving wife of 56 years and family of children who have been devoted to him and his care during his illness. He was preceded in death by his parents and a stepson, William Ashcraft. Survivors: Wife, Myra "Polly" Ballweg; stepson, Robert Ashcraft and wife, Gerry, of Mansfield; stepson, James Ashcraft and wife, Sue, of Arlington; stepdaughter, Bettie Blair and husband, Rayburn, of Mansfield; brother, Henry and wife, Ruby, of Arlington; sisters, Mary Bradley and husband, Sonny, of Arlington, Martha Durand and husband, Joe, of Dexter, N.M., and Patricia Gazewood and husband, John, of Arlington. Uncle Phil was survived by numerous nieces and nephews, 16 stepgrandchildren and 61 great-grandchildren.

The family of Phillip Ballweg created this Life Tributes page to make it easy to share your memories.