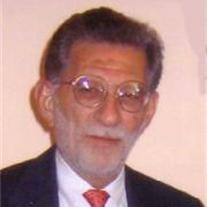 FORT WORTH -- Ralph W. Blasi, 57, a longtime practicing internist, died Thursday, Jan. 26, 2006, at his home after a brief illness. ??? Funeral: 11 a.m. Tuesday in the chapel at Robertson Mueller Harper. The Rev. Andrew Decker of University Methodist Church will officiate. Burial: Dr. Blasi will be laid to rest in Greenwood Memorial Park. Bearers of his casket will be Bill Lowry, Peter McDougall, Mike Paddock and Lee Taylor. Visitation: He will lie in state on Monday in the Great Room at Robertson Mueller Harper where his family will receive friends from 5 to 7 p.m. ??? Memorials: Dr. Blasi's family suggests that, in lieu of flowers, friends may honor his name by making contributions to a charity of choice. ??? Born on Aug. 20, 1948, in Kemmerer, Wyo., Ralph William Blasi was the son of Frank and Edith Potter Blasi. He graduated from Permian High School before attending the University of Texas at Austin. Ralph attended the University of Texas Medical School at Galveston where he received the Gold Headed Cane award and was elected to Alpha Omega Honorary Medical Society. He practiced medicine in Fort Worth for 28 years, being board certified by the American Board of Internal Medicine. ??? In addition to his medical practice, Ralph loved life and had many outside interests. In years past he was very active in golf; owned cutting horses and actively participated in cutting horse competitions where he won many championship buckles; and in recent years had a great interest in owning and riding collector edition Big Dog and Harley-Davidson custom motorcycles. ??? Ralph lived life to the fullest and had many true friends from all walks of life. He was a dedicated doctor who took care of those in need. He will be very sadly missed. ??? Survivors: Wife, Jane Aves-Blasi and her daughters, Jacqueline and Jessica; parents, Frank and Edith Blasi of Odessa; sister, Barbara Blasi Taylor and her husband, Lee of Muskogee, Okla.; niece, Edye Taylor; also family pets, Josie and Blinky. Robertson Mueller Harper Funerals & Cremations 1500 Eighth Ave., (817) 924-4233

The family of RALPH BLASI created this Life Tributes page to make it easy to share your memories.