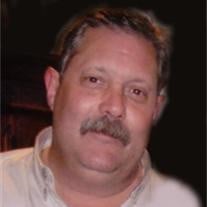 FORT WORTH -- Robert Franklin Hanson, 51, passed away Monday, March 10, 2008. Celebration of life: 11 a.m. Saturday in the sanctuary of First Methodist Church of Fort Worth, the Rev. Dr. Lamar Smith officiating. Private burial services will be held for the family. Visitation: Robert will lie in state Friday in the Parlor at Robertson Mueller Harper; his family will receive friends 6 to 8 p.m. in the Great Room. Bearers of his casket will be Tom Bowers, Dr. Bill Coleman, Earl Dixon, Brad Jones, Johnny Griffin, Wayne McBride. Honorary bearers will be Mark Jones, Don Lanier, Mark Sylva and Richard Terrell. Memorials: Consideration of contributions to the Kappa Alpha Order Educational Foundation, Box 1865, Lexington, Va. 24450, or to a charity of one's choice, in Robert's memory, is suggested. Robert was born Aug. 21, 1956, in Austin to Loren Q. and Mary Ann Richardson Hanson. The family moved to Fort Worth in 1957. He was a graduate of R.L. Paschal High School and attended Northwestern Louisiana University in Natchitoches, La., and the University of Texas at Austin. He made many lifelong friends while in college and enjoyed fishing trips with his Louisiana buddies, who also came to Fort Worth for visits. Robert was an independent contractor and a veteran landman and easement agent for various oil and gas companies in the Southern, Mid-Atlantic and Southwestern states for the last 20 years. He supervised the construction of a number of pipelines in the Mid-Atlantic coastal states and returned to Fort Worth in 2000 and was active in various companies in the Barnett Shale production. He loved people and was happiest when he was with his loving family and his dear friends. In 2006, Robert was reunited with his fifth-grade sweetheart, Karen O'Connell, who was the love of his life. They enjoyed friends in Fort Worth and spending time together at Possum Kingdom Lake. He loved animals and was often seen taking friends' dogs for walks. The family appreciates so very much the many friends and family who loved Robert so much. Survivors: His mother, Mary Ann Richardson Hanson; father, Loren Q. Hanson and his wife, Beverly; brother, Peder Christian Hanson; sister, Amy Ann Hanson, all of Fort Worth; Beverly's children, Angela Huser and her husband, Tom, and their children, McKane, Caitlin and Dylan, Terri Smalley and her son, Maverick, and Arthur Baird Jr. and his children, Catrina and Austin; Karen O'Connell and her son, Weston Black; aunts, Shirley Baxter of Princeton, Minn., Betty Phillips of Denver, Colo., and Joan Cramer of Midland; and numerous cousins.Robertson Mueller Harper Funerals & Cremations 1500 Eighth Ave., 817-924-4233

The family of ROBERT HANSON created this Life Tributes page to make it easy to share your memories.