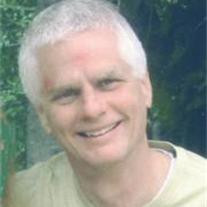 COLLEYVILLE -- Robert "Pete" Allen, 58, owner of Super Value Pharmacy in Euless, died peacefully with his wife and daughter at his side Wednesday morning, Jan. 31, 2007, after a long and courageous two-year battle with colon cancer. Funeral: 3 p.m. Saturday in the cemetery pavilion at Parker Memorial Cemetery in Grapevine, located on Hwy 121, north of Hall-Johnson Road. Memorials: Mr. Allen's family requests that no flowers be sent. Consideration of contributions for cancer research, a pharmacy scholarship or to a charity of choice in memory of Pete is suggested. Robert St. John Allen was born Feb. 24, 1948, in Brenham, the son of James Young and Frances St. John Allen. Called "Pete" by his father, he graduated from Del Valley High School before attending the University of Texas at Austin, where he received his degree in pharmacology in 1969. Pete married Waltraud "Frances" Wirth in 1975. The couple called Tarrant County their home. In 1978, Pete established his pharmacy in Euless; the couple had their only child, Katherine, that same year. He was a kind, gentle man who devoted his life to his family, pharmacy and patients. Pete was greatly blessed by the Lord because of his respect for his word and his generous nature to those in need. His warm smile and caring attitude toward all will be greatly missed. Survivors: Wife of 31 years, Waltraud "Frances" Wirth Allen of Colleyville; daughter, Katherine Allen of Bedford; brothers, Jim Allen and his wife, Nancy, of Fort Worth, and Charlie Allen and his wife, Amy, of Cedar Hill; and their families. Robertson Mueller Harper Funerals & Cremations 1500 Eighth Ave., 817-924-4233

COLLEYVILLE -- Robert "Pete" Allen, 58, owner of Super Value Pharmacy in Euless, died peacefully with his wife and daughter at his side Wednesday morning, Jan. 31, 2007, after a long and courageous two-year battle with colon cancer.  Funeral:... View Obituary & Service Information

The family of ROBERT JOHN ALLEN created this Life Tributes page to make it easy to share your memories.