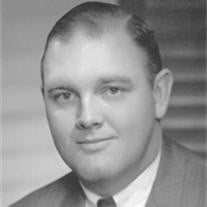 FORT WORTH -- Robert Miles McCollum passed away in the early morning of Friday, Feb. 26, 2010, from complications of cardiovascular dementia, in his 77th year. His immediate family, who had been at his side for the last week, helped him transition to his eternal life in heaven.        Service: 11 a.m. Tuesday at Christ Chapel Bible Church, 3740 Birchman Ave., the Rev. Dr. Jim Boyd officiating with the Rev. Msgr. Mark Deering of Waco giving the eulogy of his dear friend. Following the church service, Robert will be laid to rest in the family burial plot in Greenwood Memorial Park. Visitation: Family and friends will be received 6 to 8 p.m. Monday in the Great Room at Robertson Mueller Harper. A public celebration of Robert's life will be held 1 to 3 p.m. Tuesday at B.K.'s Creative Catering, University Drive.        Memorials: In lieu of flowers, consideration of contributions to the Tarrant County Chapter of the American Heart Association or to a charity of one's choice, honoring Robert's memory, is suggested.        Robert was born June 16, 1932, in Overland, a borough of St. Louis, Mo. At Ritenour High School, he was a state champion wrestler and four-year varsity center for the football team. While at Ritenour, he met Marion Frances Silhavy, whom he wed on Sept. 6, 1951.        Robert graduated from Washington University in St. Louis in 1954 with a BBA. A week after graduation, he began his career at the corporate office of Southwestern Bell Telephone at 1010 Pine, St. Louis. In 1966 Robert was transferred to Fort Worth as district marketing manager. He and Marion came to love Fort Worth and declined other offers for promotion within corporate America to remain in Fort Worth as their lifelong home. In the 1960s, '70s and '80s, his contributions to Fort Worth included chairman of the United Way fund raising campaigns, a board member and chairman of the board of Casa Manana, chairman of the 911 board, chairman of the board of the Better Business Bureau, active member of the Rotary Club, Downtown Fort Worth Inc. and the Fort Worth Chamber of Commerce. Robert was asked to coordinate Alan Bean Day for the returning astronaut in Apollo 12 with Dick Gordon and Jim Conrad following their return from the moon in 1969.        Robert was proud to be a member of "The Committee," a group of 12 close friends whose mission was to find and sponsor worthy candidates to serve our community, city, county and state as elected officials. He was also fond of his luncheons with the "Holier than Thou Group," a group of Fort Worth civic leaders.        His memberships included the Moslah Shrine Patrol, the Petroleum Club of Fort Worth and Ridglea Country Club.        After retirement from "Ma Bell" in 1982, Robert put together a group of Fort Worth investors to create McCollum Advanced Communications, the first licensee to market cellular phone equipment and service for the first cellular phone system in the U.S. in cooperation with Southwestern Bell Mobile Systems.        In 1988, he partnered with his son, Guy McCollum, to create McCollum Property Tax Consultants to help property owners insure that they are fairly assessed by appraisal districts across Texas and the U.S.        In 2003, Robert suffered several cardiovascular issues that led to his retirement and a continuing battle with cardiovascular disease.        Robert dearly loved his personal and business friends alike, in Fort Worth and across this great country.        He was preceded in death by his parents, Ralph Edward and Laura Marie Hilke McCollum; brother, Ralph Edward "Sonny" McCollum II; and nephew, Ross McCollum.        Survivors: In addition to his childhood sweetheart and loving wife of 57 years, Marion Frances Silhavy McCollum, Robert is survived by his sons, Guy Mitchell McCollum and his wife, Jacque, and Scot Miles McCollum and his wife, B.K., all of Fort Worth; daughter, Roberta Ann McCollum Birtchet and her husband, Michael Ray, of Tomball; grandchildren, Michelle M. Yelvington, Miles Garrett McCollum, Joshua Morris McCollum, Rachel M. McCollum, Lauryn Bone, Melanie D. McDonald and Stefanie M. Colson; and great-grandchildren, Emily Elaine Colson, Michael Curtiss McDonald and Jesse James Colson. Robertson Mueller Harper Funerals & Cremations 1500 Eighth Ave., 817-924-4233

FORT WORTH -- Robert Miles McCollum passed away in the early morning of Friday, Feb. 26, 2010, from complications of cardiovascular dementia, in his 77th year. His immediate family, who had been at his side for the last week, helped him... View Obituary & Service Information

The family of ROBERT McCOLLUM created this Life Tributes page to make it easy to share your memories.

FORT WORTH -- Robert Miles McCollum passed away in the early...