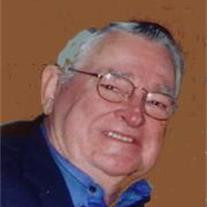 Born in Dallas on Jan. 3, 1926, Robert Reese Neyland was the son of Mayo and Ammon Neyland. He attended Texas Military Institute and Austin High School before graduating from Paris High School. After enlisting in the U.S. Army Air Corps, Bob served his country from 1943-1945. Following the war, he enrolled at the University of Texas at Austin where he met his future bride, Gloria Ann Fisher of Fort Worth. While at UT, his fervent devotion to the Texas Longhorns blossomed. He was president of the Longhorn Club during the national championship season of 1969 and attended 50 consecutive Texas-OU matchups from 1946 to 1996. Upon graduation in 1949 with a BBA, Neyland began employment with First National Bank in Fort Worth. In 1950, Bob married Gloria Ann and the couple began their family. He was revered in the Fort Worth community and was honored in 1970 for his decades-long service and coaching in the Tanglewood Athletic Association. He was an active member of Trinity Episcopal Church, where he served as junior and senior warden and served on the Vestry for 20 years. As an active alum in his fraternity at Texas, he helped birth the Phi Kappa Sigma Chapter at TCU. He also served on the board of directors of Trinity Valley School from 1973 to 1977. In addition to his parents, Bob was preceded in death by his brother, Mayo, and sister, Ammon. Survivors: Wife of 56 years, Gloria Ann Fisher Neyland of Fort Worth; sons, Robert R. "Bob" Neyland Jr. and his wife, Cathy, of Glen Ellyn, Ill., John Neyland and his wife, Lesley, of San Antonio and Mark Neyland and his wife, Nancy, of Fort Worth; and grandchildren, Kate, Callie, Rob, Reese and Evan. Robertson Mueller Harper Funerals & Cremations 1500 Eighth Ave., 817-924-4233

The family of ROBERT NEYLAND created this Life Tributes page to make it easy to share your memories.