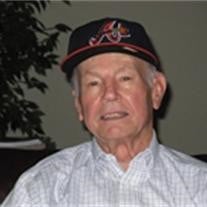 BEDFORD -- Richard R. Czap, 78, of Bedford passed away Saturday, March 12, 2011, after suffering multiple strokes.        Service: Mass of Christian Burial will be at 1 p.m. Tuesday at St. Michael Catholic Church, 3713 Harwood, Bedford. Interment will follow in Bluebonnet Hills Memorial Park. Visitation: 6 to 8 p.m. Monday and 10 a.m. to noon Tuesday at the funeral home.        Memorials: Should friends desire, contributions to a favorite charity are requested.        Rich, as he liked to be called, was born Feb. 23, 1933, in Bayside, N.Y., to Claire and Elias Czap. He retired from American Airlines after 40 years of service in various cities, which included New York, Tulsa, Okla., and DFW. A veteran of the Korean War, he proudly served his country in the United States Air Force.        Rich will be remembered for his humorous spirit and friendliness, but it was his genuine kindness and concern for others which made him well liked. As a volunteer driver for Care Corps, he took numerous elderly and sick patients who could not drive to their doctor appointments. His interests included Atlanta Braves baseball and N.Y. Giants football, but his favorite times were spent playing billiards at the senior center with his friends.        The family would like to thank the numerous doctors, nurses and staff members at H-E-B Hospital for the care provided to him.        Survivors: Wife of 46 years, Josephine; son, Richard J. Czap of Grapevine; brother, John Czap of Bay Shore, N.Y.; and the many friends and family who will miss him greatly.

The family of Richard Czap created this Life Tributes page to make it easy to share your memories.